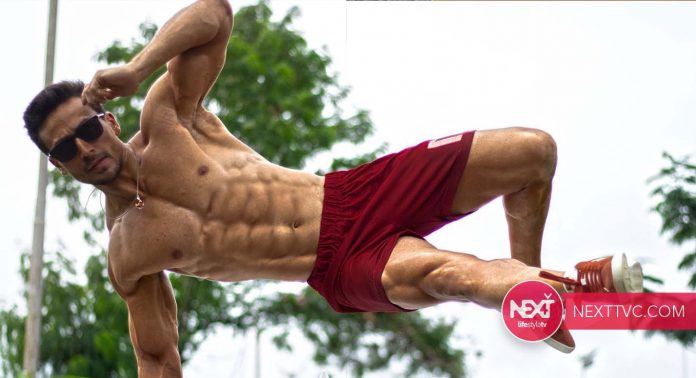 Tiger Shroff is an avid fitness lover and there is no second doubt about it. The Baaghi actor is known to be one of the fittest Bollywood celebs in current times. Tiger’s social media timeline is filled with multiple pictures in which he is seen showing off his well-built physique. Apart from that, he has shown his acting prowess in movies too and we can’t move forward without having mentioned his amazing dancing skills which are worth praise.

As we speak of this, the Heropanti actor has shared a picture on his Instagram handle in which he shows off his washboard abs. Tiger is seen doing his signature flip while looking at the camera. As soon as the actor shared this on social media, comments began pouring in from everyone. Here is what Ranveer Singh has said in his comment, “Ten is the new six” indicating Tiger’s abs. Student of the Year 2’s director Punit Malhotra writes, “Unbelievable Sir” and we definitely agree with him!

On the work front, Tiger Shroff was last seen in the movie Baaghi 3 co-starring Shraddha Kapoor, Riteish Deshmukh, and Ankita Lokhande in the lead roles. The action-thriller has been co-produced by Sajid Nadiadwala and is directed by Ahmed Khan. It happens to be a remake of the Tamil movie titled Vettai. The actor will be next seen in Heropanti 2 which again will be directed by Ahmed Khan himself. His first look from the movie has already been revealed on social media.