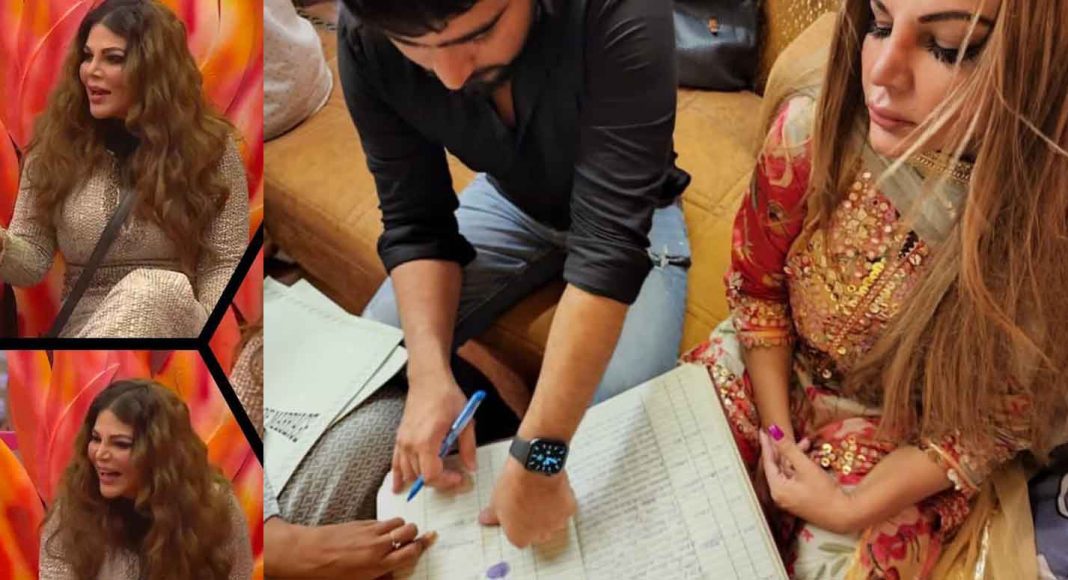 There are seven little-known tidbits about Adil Khan Durrani, Rakhi Sawant’s husband, that you should know.

Longtime lovebirds Rakhi Sawant and Adil Khan Durrani tie the knot. There are seven secrets you need to uncover about him.

Because of the attention her life has garnered for itself, Rakhi Sawant is among the most admired stars in the entertainment industry. The actress’s professional and private lives are regularly tabloid fodder. Rumors circulated that she had secretly married her longtime boyfriend, Adil Khan Durrani. The couple has been dating for quite some time and has been spotted together numerous times in public. Rakhi, who is very popular online, announced her wedding and revealed that she and her husband have been married for seven months.

Rakhi shows off her wedding photos
Rakhi published a number of images from her court wedding on her Instagram account. “Finally, I’m happy and excited, and I got married. My love is 4 Ever unconditional love for you, Adil,” she captioned the photos. Friends and followers quickly flooded her post with congratulations on her marriage. Countless famous people, including Rajiv Adatia, Pratik Sehajpal, Krishna Mukherjee, Mahima Chaudhry, and Shardul Pandit, have expressed their admiration for Rakhi and Adil in the form of heartfelt letters. On the other hand, Adil did not post any visual documentation of the wedding reception.

Rakhi Dishes the Details on Her Wedding Plans
Rakhi confirmed her wedding to Adil in an interview with The Times of India. After only three months of dating, she happily announced, “Yes, I got married to Adil in July last year.” We went through both the nikah and the legal marriage processes. I’ve kept quiet about it for the past seven months because he forbade me to say anything. He was worried that if word got out about our marriage, it would be harder for him to find a suitable husband for his sister. He said, “If you listen to Rakhi Sawant, you’ll end up with bad karma.”

Rakhi went on to say, “A lot happened while I was away locked up inside the Bigg Boss Marathi 4 house recently,” further elaborating on the fact that tensions are high between the two. When the time is right, I will communicate. All I care about right now is keeping my marriage together. I want everyone to know that Adil is my husband. My fiancé and I have been very serious about making this work, and we couldn’t be happier about our upcoming wedding.

To whom do we owe the name, Adil Khan Durrani? Seven things you may not know about him
Adil is the managing director of “Used Cars,” and he runs his business out of Mysore. His Instagram name hints at a love of expensive machinery.
After his ex-wife Rakhi Sawant filed for divorce from his husband Ritesh, he became famous when Sawant publicly identified him as her boyfriend.
He has a large online following thanks to his constant communication with his supporters and the fact that they are always up to date on his whereabouts thanks to his prolific social media presence.
Adil is a performer with many skills. He and his girlfriend Rakhi were in a music video together, and he has also worked as a model.
Speaking of his academic background, Adil graduated in 2017 with a Bachelor of Business Administration.
He is a health and fitness nut who constantly posts updates from the gym.
Adil bought a house in Dubai and registered it in Rakhi’s name as a gift.

Regarding Rakhi
Rakhi’s personal life is tumultuous, as her mother is battling a brain tumor. She posted a video on YouTube asking for good wishes for her mother. Rakhi updated her Instagram with, “No matter how difficult life gets, I am not losing my faith in God.”

At work, Rakhi Sawant was most recently seen on Bigg Boss Marathi 4. She and her ex-husband Ritesh participated in the 15th season of the popular reality show Bigg Boss, which was hosted by Salman Khan. Upon leaving the Bigg Boss 15 house, the couple broke up, and Rakhi made the announcement on her social media account.

Sajjad Ahmed - March 4, 2022
Russian sales of Microsoft goods and services have been halted, the company said Friday. It was revealed on Friday by Microsoft President Brad Smith, as...