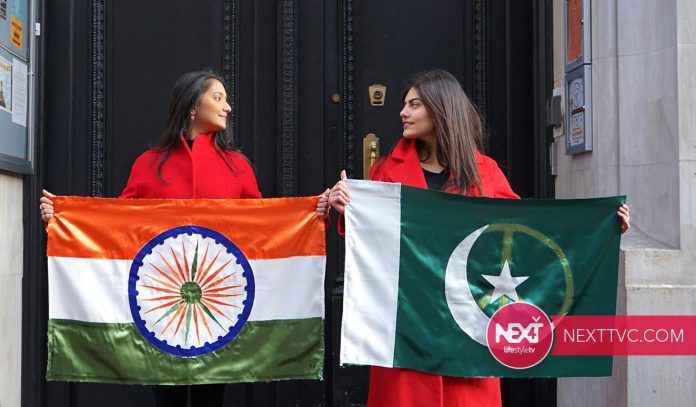 Nashra Balagamwala is a Pakistani designer, who recently transformed elements of Pakistan and India’s flags to form stunning peace symbols. She then did an elaborate performance piece with it, which was called, “Disconnected”. It aimed to promote a peaceful narrative between the two nations and raise awareness about their similarities.

The flags and the performance itself were moving enough, as it involved the help of someone from India. While Nashra is originally from Pakistan, she and her Indian friend, Akansha Gupta, held these new flags outside the consulates in New York City. 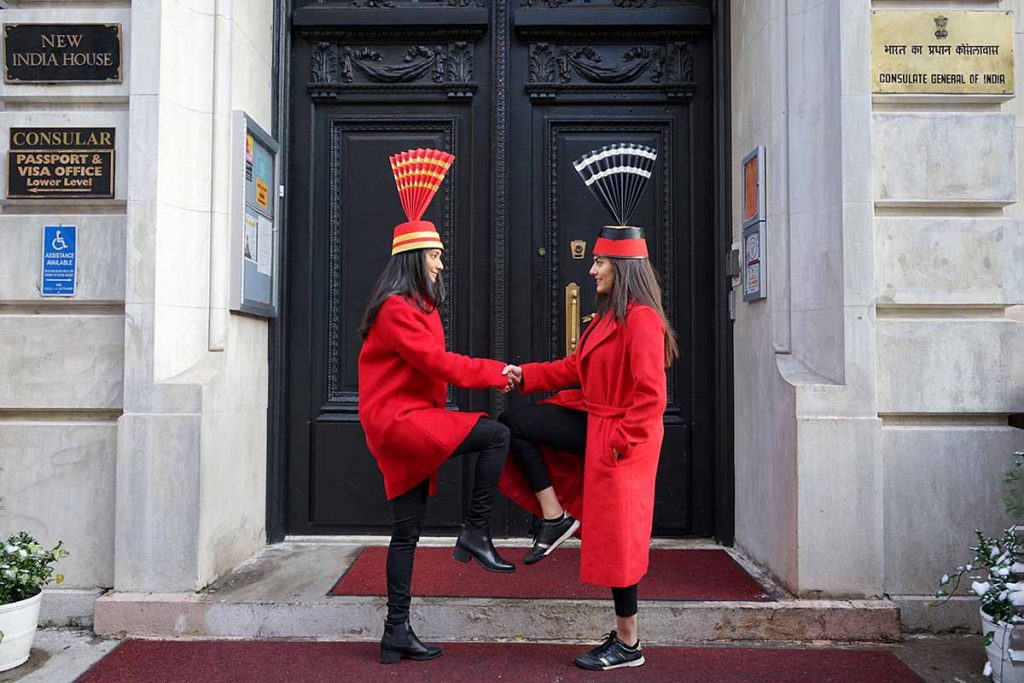 It was primarily featured on two consulates on the same block, which was a metaphor for the disconnection between the two states. Nashra believes that despite a distance of 8,000 miles between the two countries, Pakistanis and Indians are still connected to one another in a huge way.

Both the performers adorned the color red in solidarity with Kashmir and remained connected, whether they were back to back or via a red string. This further established the point of the project.

We had the pleasure of speaking to Nashra about her work and what inspired it. We asked her for a bit of a background on herself and her work. 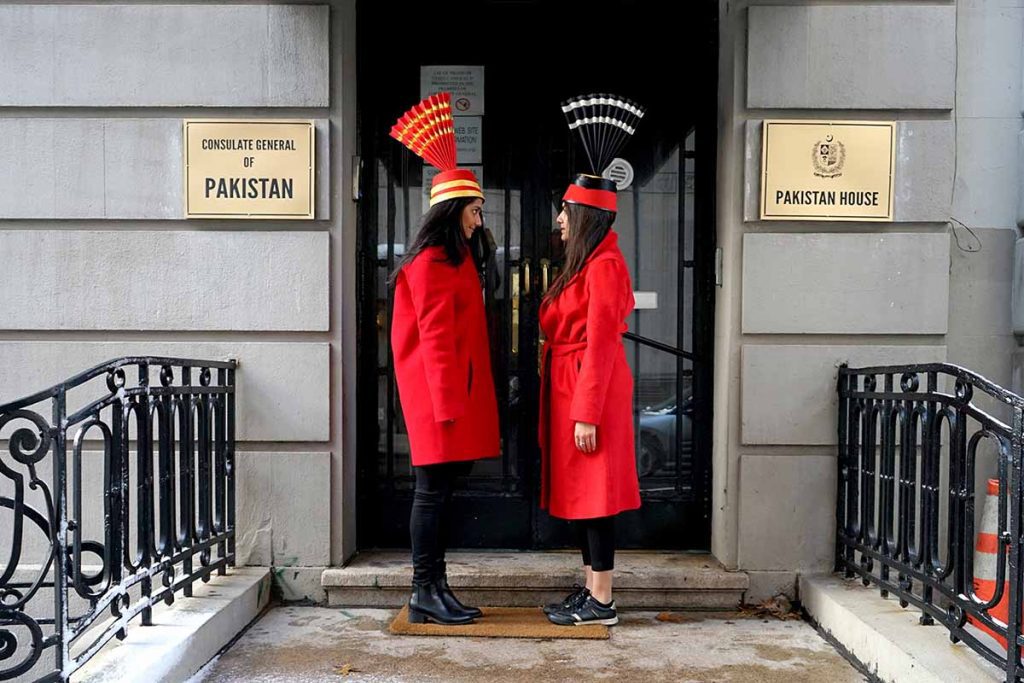 “I am a designer from Pakistan,” Nashra stated. “My work involves the critical exploration of taboo subjects, frequently transforming controversial ideas into games, designs, and experiences. Before attending Harvard University, I graduated from the Rhode Island School of Design and worked in New York.”

“I first thought of [this idea] in February, when there was a rise in tensions between Pakistan and India due to the Pulwama attacks.” 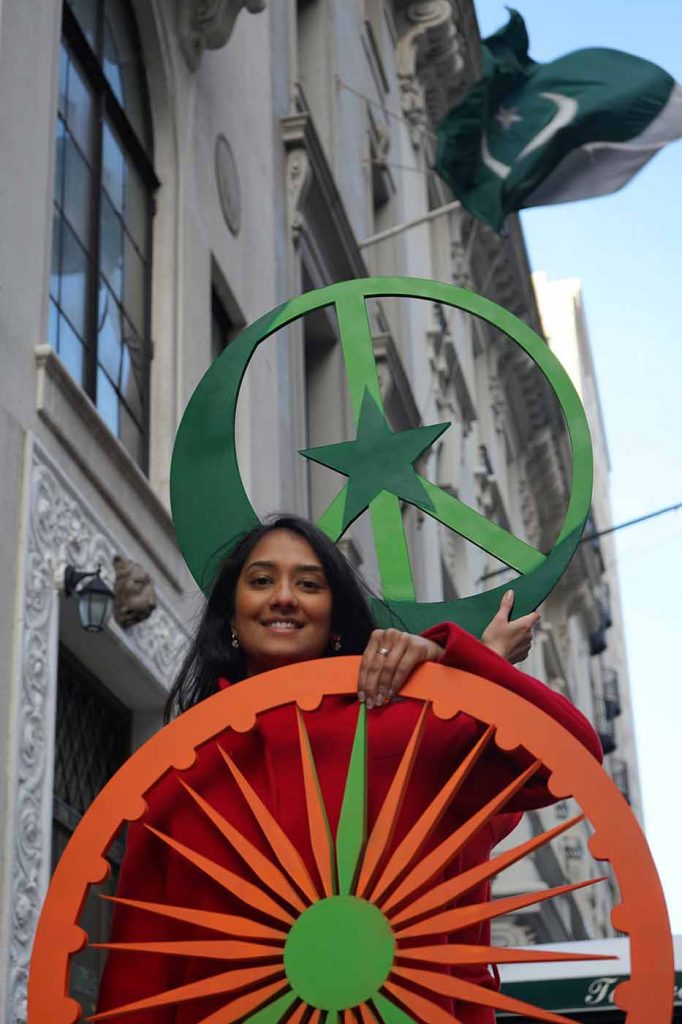 “I generally feel a lot of love and closeness towards people from India. My closest friends from RISD and Harvard are from India, and no matter how tense the political situation is, we have never felt any negative sentiment towards one another. In fact, we have always been each other’s support system during these trying times. Even during the Pulwama attacks, I had turned towards my best friend from India for comfort.”

Talking about her project, Nashra stated that it challenges the “bitter narrative imposed by those in power.” 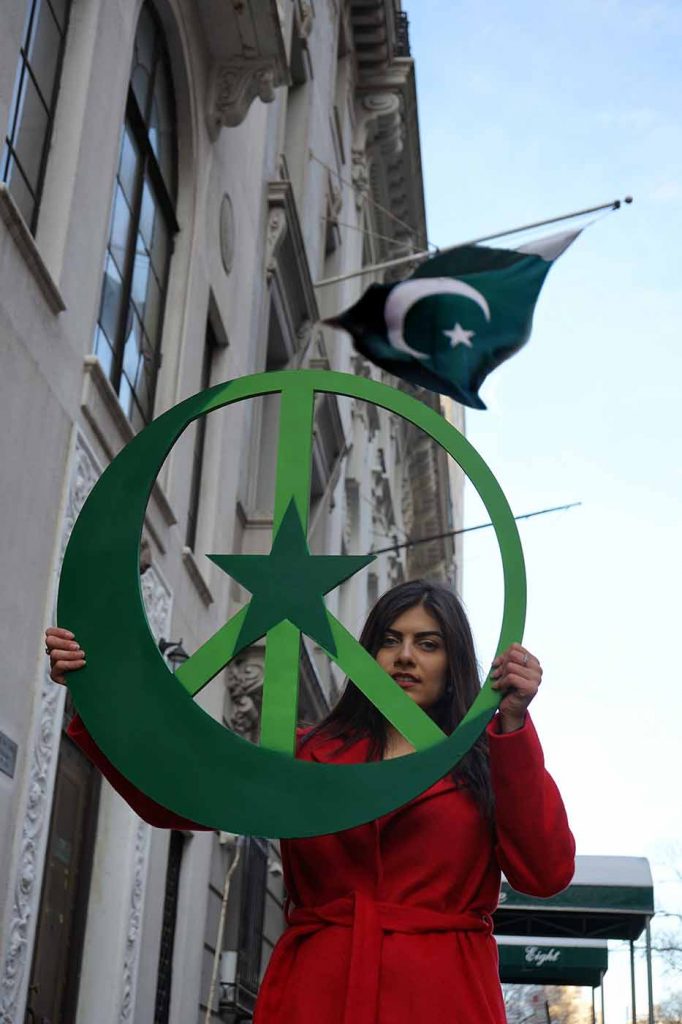 “It’s a well-known fact that Pakistani and Indian expatriates are drawn to one another as soon as they are removed from the negative sentiments their home countries enforce. We share the same food, language, and culture, so I think there’s definitely space for change on a personal level.

On the governmental level, however, I think there’s a lot more work that needs to be done. I think Imran Khan has made great moves towards this, but with the current Indian government, it seems unlikely in the near future.”

Nashra has received a lot of support but was also warned about ruffling too many feathers. Her commitment to her work is a prime example of how India and Pakistan can exist peacefully side by side despite years of aggression and struggle. The designer is not just focused on performance pieces and has more elaborate future plans. 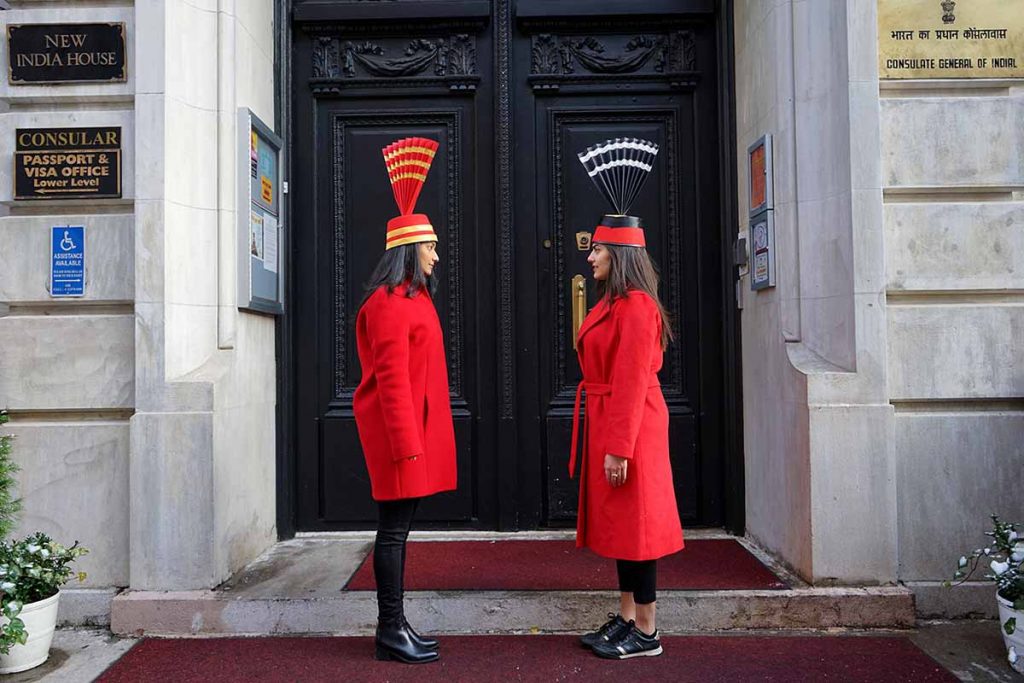 As a South Asian, Nashra has designed multiple games about the subcontinent which will relate to its residents. Besides this, she is working on numerous other projects related to board games and is focusing on desi culture and its media, alongside traditions and memes. Her aim is that players from both countries will be able to come together as one and enjoy themselves by playing and laughing at the relatable nature of the game.

During the next year, she also hopes to establish a non-profit called Make Chai Not War, where all of the profits will go towards relief efforts in Kashmir, a state still under lockdown.

It is women like Nashra and their constant efforts that have allowed South Asia to thrive and prosper as a tight-knit community. We hope that all her future endeavors are for the same cause and continue to bring Pakistanis and Indians together in today’s political climate.