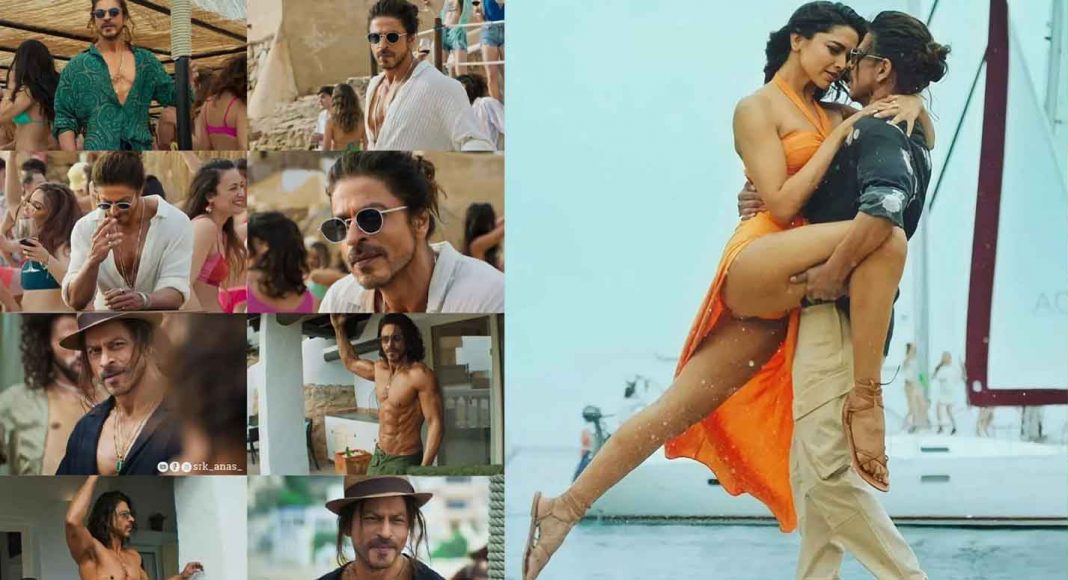 The RSS wants “Pathaan” to fail because a Muslim superstar can’t rule India.

Indian media reports that watching the film is now a test of Hindu faith.

Fans on both sides of the border wait for Shah Rukh Khan films as much as India-Pakistan cricket matches. Some may find this connection awful considering Pakistan ultimately trounced India in ICC events, but no star could revolve around the charm and charisma SRK produces. His gravity is unusual.

Salman Khan is also the box office favorite on this side of Wagah, according to Pakistan’s recent Bollywood fad. Stardom isn’t only about numbers; it’s about people wanting to live their lives as you have. Khan combines grace, speed, and elegance into a god not admitted to the pantheon.

Even gods fail. Fans felt this way when they saw Khan’s eight packs and Padukone’s skimpiest attire in a song that was more “Besharam” than “Rang.” After witnessing the first Pathaan song, they were so heated up that Khan had to pat himself on the back and remark, “We’ll stay optimistic.” Keyword: alive.

What started as a discussion about Besharam Rang developed into a dispute about Padukone’s “objectionable” attire and how the song was ‘filthy’ to the core. BJP-led fascists in India launched this new ugly argument.

“The song’s costumes seem offensive at first. Pathaan’s song was shot with a nasty mindset. I’ll notify the film’s director and producers to correct this. Deepika Padukone supported Tukde Tukde Gang at JNU before; therefore, her mentality is well-known, said Madhya Pradesh Home Minister Narottam Mishra. The minister either just woke up to Bollywood women displaying their bodies or he has a personal issue with Padukone and Pathan.
Moral policing didn’t end with Minister Mishra, as expected. Hindutva right-wingers fueled the fire by emphasizing Padukone’s dress color and Khan’s faith.

Indian media reports that watching the film is now a test of the Hindu faith. Is Padukone’s dress so obscene and improper that the country and its politicians are outraged? Indian cinema and history professor Rutuja Deshmukh disagrees.

She believes we can’t view Pathaan aesthetically. Deshmukh told The Express Tribune, “We’ve gotten beyond that.” “The RSS and Hindutva story peddlers are no longer on the periphery; they’re in power.” The RSS and India’s BJP-led government don’t care about Besharam Rang. “It’s all about the Muslim superman and not letting him breathe.”

Deshmukh alluded to the pandemonium of politicians saying anyone who sees Pathaan is a traitor and “we won’t let Pathaan breathe in theaters.” Bollywood is India’s final bastion of syncretism, and Brahmastra followed this pattern. We used to argue over whether Khan was the best, and a daughter with Shah Rukh Khan’s posh

For Deshmukh, stalwarts like Majrooh Sultanpuri had woven an open, if not equal, Hindi cinema fabric, which was a matter of pride and ownership. Today’s India is very different from the one where she grew up.

Pathaan’s box office failure is crucial for the current leadership. Pathaan’s success would prove that Muslim stars still rule India, despite their small audiences, and that popularity and fandom are above creed or religion, she claimed.

Budhaditya Bhattacharyya is a classically trained Hindustani musician at Durham University. He liked Besharam Rang because it included Spanish lyrics and composition from Raag Bhairavi, which was brought to Andalusia by gypsy tribes. This was a reasonable musical amalgamation, but the discourse has shifted to a political reading of the song, according to Bhattacharya.

He observed that, like Khan, the new trend of extremism had affected music and performers, albeit less blatantly. “You can see Islamicate motifs evaporating from Bollywood music,” said Bhattacharya. “That’s going to happen when the conversation shifts from the song’s quality to the actor’s clothes.”

He thought apolitical celebrities like A. R. Rahman had a nice connection with the current government. I think that’s the largest political statement. Even stalwarts like Ustaad Zakir Hussain and Rashid Khan, who was also awarded a Padmabhushan in 2021 by the current administration, ensure only their art is in focus and the right-wing elite isn’t disturbed by their Muslim ethnicity, Bhattacharya said.

He linked readers to the YouTube comments section of Besharam Rang, which was primarily full of praise, and asked if an organized slander effort would affect fan affection and box office results. Or, to add to Budhaditya’s question, the controversy may help Pathaan gain more money.

Deshmukh said the BJP’s campaign won’t backfire. “Right now, exhibitors are afraid of the disturbance Pathaan’s release could cause in India and are hesitant to show the picture.” Pathaan’s box office success would be astounding.

She concluded that Hindutva right-wingers’ hostility had transformed Khan into a protest place. “In India, watching Pathaan might be considered a protest. “As a protest, I’ll watch.”

Sajjad Ahmed - May 19, 2019
The film broke many box-office records and went on to become the most successful film of Sunny Deol’s career. Now 17 years later the...