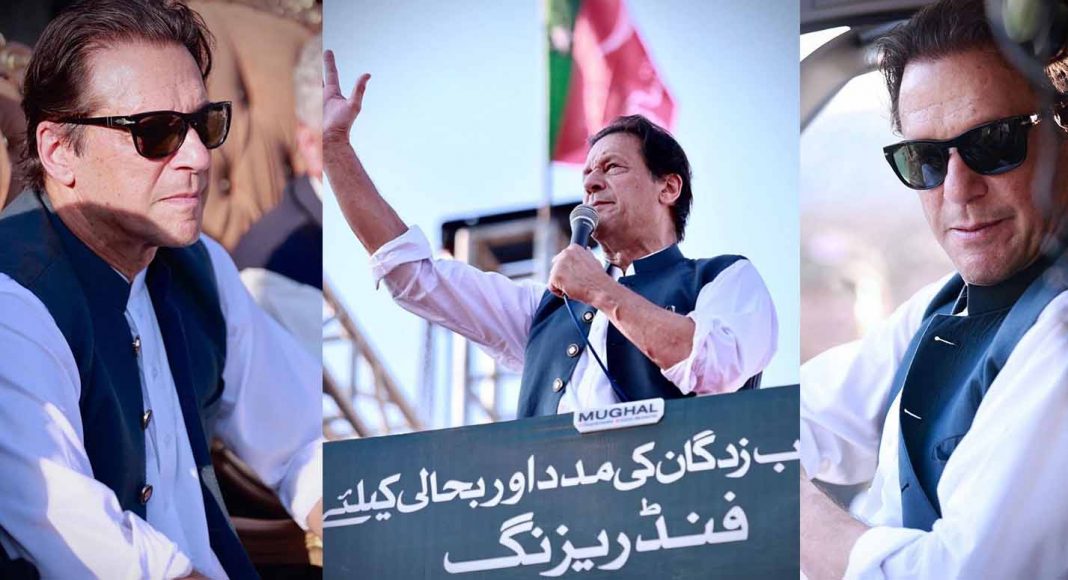 The PTI has begun its long march to Islamabad.

The leader of the PTI is leading a march toward Islamabad to put pressure on the current administration to call snap elections.

Haqeeqi Azadi March started at Liberty and the people of Lahore have come out to lead our March.#حقیقی_آزادی_لانگ_مارچ pic.twitter.com/2KlvW7tmPz

The former prime minister and current PTI leader Imran Khan spoke to the crowd before they set off towards Islamabad, declaring that “the time has arrived to begin the road to haqiqi Azadi” (real freedom).

The former prime minister said that the marchers’ real goal was to end slavery all over the country, not any of their other personal or political goals.

According to him, Washington, DC is the wrong place to make policy decisions regarding Pakistan. Pakistan shouldn’t be ordered to participate in foreign wars.

Due to the country’s corrupt leadership, the country’s citizens are suffering from unprecedented levels of inflation. According to Imran Khan, calls for free and fair elections in Pakistan are not a given.

People who don’t like the current government have gathered at Lahore’s famous chowk to get ready for the march that will last all day.

Pakistan Tehreek Insaf asked the Islamabad Administration for a “no-objection certificate” so that they could hold a party rally in the nation’s capital on Friday.

The district administration said in a letter that PTI had broken the NOC given to it on May 25 and requested written assurances from the party.

Timetable for a Protracted March

Imran Khan’s Pakistan Tehreek-e-Insaf (PTI) has decided on the full route for the long march.

After Friday prayers, the long march will officially begin at Liberty Chowk in Lahore.

On Friday night, PTI marchers will have made it from Liberty Chowk to the Shahdara Interchange, their initial destination.

After Imran Khan’s address, PTI supporters will spend the night in Shahdara.

The long trek to Gujranwala will continue on Saturday.

When the long march finally makes it to Gujrat on Sunday, they’ll be greeted by Punjab Chief Minister Pervaiz Elahi and his wife, Moonis Elahi. On their way between Gujrat and Jhelum, the PTI marchers would stop at Sarai Alamgir.