Salman Khan has treated fans to a romantic track amidst lockdown. The actor is stationed at his Panvel farmhouse, where he shot for ‘Tere Bina’ with Jacqueline Fernandez. Their amazing chemistry is beautifully encapsulated in this number. From enjoying a dip in the pool to bike rides and milking the cow – Salman and Jacqueline’s dreamy song has love written all over. ‘Tere Bina’ features Salman reliving all his beautiful memories with his partner and coming back to reality, he is welcomed by his adorable daughter. ‘Tere Bina’ is sung and directed by Salman and is composed by his friend Ajay Bhatia, written by Shabbir Ahmed.

Earlier in an interview with Waluscha De Souza, Salman Khan had revealed that ‘Tere Bina’ was shot over four days and is his “cheapest production” till date. ‘Tere Bina’ was created using limited resources, following all rules and regulations of the lockdown. Talking about ‘Tere Bina’, Salman had said, “About seven weeks ago, when we came to the farm, we didn’t know we will be here under a lockdown. So we wanted to do things to keep ourselves busy. That’s when we decided to do these songs. We launched Pyaar Karona and now, we are launching Tere Bina.” The superstar also reveals he had the song with him for ‘sometime’. “We had a friend at Galaxy when we were kids, his name was Ajju Bhatia who lives on the fourth floor. He keeps asking if I could sing the song for him. I keep on indulging and I have sung four songs for him. Tere Bina is one of those songs. It wasn’t fitting into a film of mine so we thought let’s release it now,” he further added.

While Jacqueline had shared, “I didn’t think we would be able to pull this off. We are used to shooting songs on a large stage with grand production costs. There are costumes, hair, make up. All of a sudden, we find ourselves with a team of three people. For the first time, I was checking lighting and moving props around. It was a great experience and it taught us how to make the most of what we have.”

From make-up to hair and even arranging the set, it was all done by Salman and Jacqueline. Salman revealed that the song has been shot at the Panvel farmhouse in presence of just three people – him, Jackie and the DOP. “It’s been hot out here. We have taken four days to shoot the song. We shot between 5.30pm in the evening to 6.30-7pm. Everything has been shot inside the Panvel farmhouse,” he revealed.

Salman had headed to his farmhouse much before the lockdown was announced. He was accompanied by his sister Arpita Khan Sharma, Aayush Sharma and their kids Ahil-Ayat as well as his mother Salma Khan. Waluscha, Jacqueline Fernandez, Iulia Vantur, and Nitin Madhok are also staying with the actor. 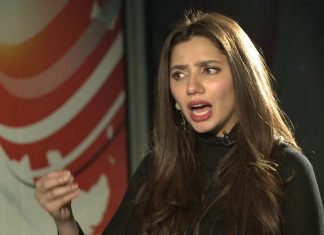