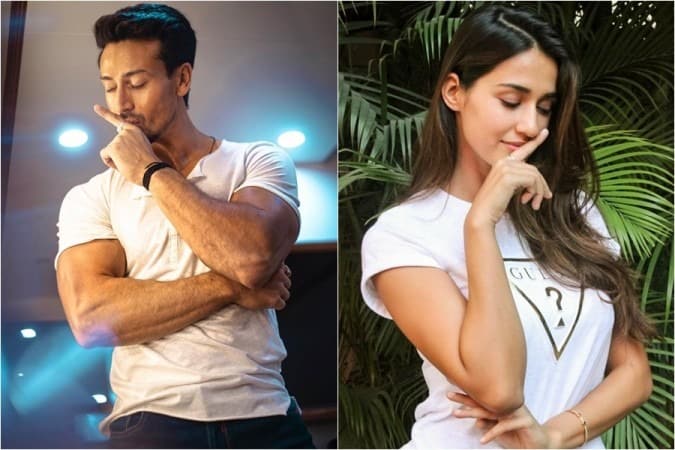 Relax, folks. Disha Patani and Tiger Shroff have not got ‘engaged’ (as per the Internet). The rumored couple just revealed what actually their Valentine’s Day posts were about. Disha and Tiger have shot for a Pepsi commercial together and the aforementioned cryptic posts were a part of the ad campaign. This afternoon, Disha’s “someone popped the question and I said yes…” post and Tiger’s “turns out I’m taken” post sent the Internet into a meltdown. No, really.

A section of the Internet said that they might have got ‘engaged’ and the comments thread on their respective posts soon got flooded with congratulatory messages. Tiger Shroff shared a picture of himself kissing a ring on his index finger and captioned it, “Turns out I’m taken,” adding a heart-eyed and a wink emoji. After Tiger, Disha posted a picture of herself flaunting her ring and wrote, “Someone popped the question, and I said yes…”

Someone popped the question, and I said yes…

And, now take a look at what they posted later.

Hey @PepsiIndia, I’m all yours 😉 #HarGhoonthMeinSwag

In a committed relationship with #Pepsi 💙 #harghoonthmeinswag @pepsiindia

However, a section of the Internet had thought that the posts might be a promotional campaign, featuring the rumoured couple.

Disha Patani and Tiger Shroff have filled in several gossip columns earlier for their rumoured romance. The Baaghi 2 co-stars are often spotted in and around Mumbai on dinner and lunch dates. Tiger and Disha reportedly went on a vacation to Sri Lanka last year but carefully avoided posting photos together. In December, they checked in to Deepika Padukone and Ranveer Singh’s wedding reception together.

The lock down in the city of Karachi has resulted in thousands of daily wagers being devoid of their livelihoods due lack of opportunities...
Read more
Bollywood

Amid the Coronavirus lockdown, Anushka Sharma and Virat Kohli are having a gala time with their family by playing Monopoly and showing their competitive...
Read more
Bollywood
00:03:42

Tiger Shroff, Shradhha Kapoor and Riteish Deshmukh starrer Baaghi 3 had released in theatres on March 6, 2020. However, it’s fate in the cinema halls was...
Read more 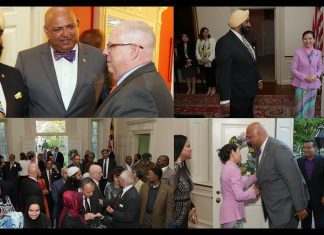 Web Desk - May 6, 2019 0
Today, more than 100 Muslims were invited to celebrate Ramadan at the state house of Maryland. It was a diverse crowd, the majority of...