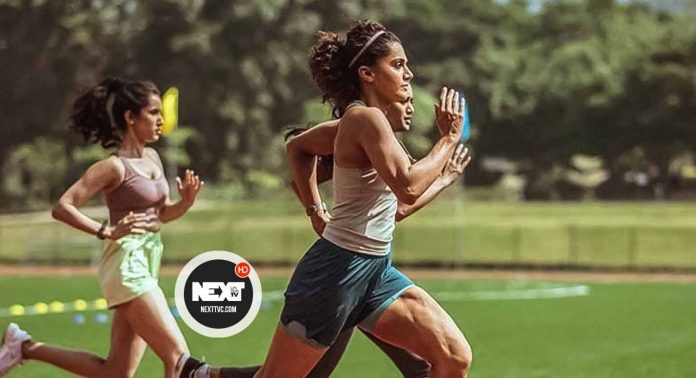 Rashmi Rocket is written by Nanda Periyasamy, Aniruddha Guha and Kanika Dhillon. The film is being helmed by Akash Khurana who directed Karwaan. Bankrolled by Ronnie Screwvala along with Neha Anand and Pranjal Khandhdiya, the film is eyeing a 2021 release.

RSVP Movies’ upcoming film Rashmi Rocket, starring Taapsee Pannu began shooting in Pune earlier this month. The actress has been sharing glimpses from the shooting schedule. She recently wrapped up the Pune shoot which was followed by Lonavala’s schedule. The actress has now informed that the boot camp like the first schedule to Rashmi Rocket is now completed.

This morning, Taapsee shared a photo of herself running on the tracks, dressed in sports gear. The actress wrote, “The boot camp like schedule 1 gets done , now running towards the lola family. Going to have a very chill cool stopover with the looopers .The best unwinding I could’ve asked for ! This is going to be ‘crazy’ fun. #RashmiRocket to #LooopLapeta.”