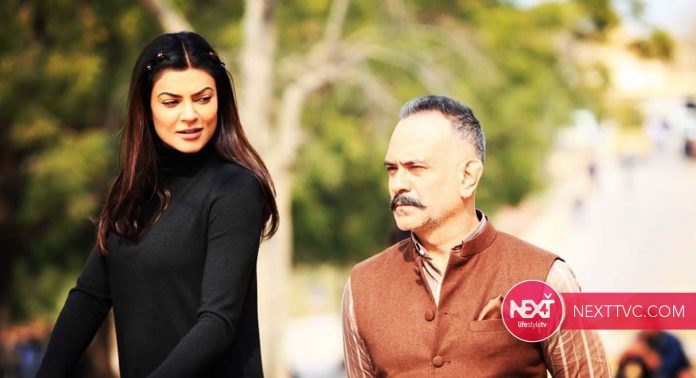 Sushmita Sen has always been an epitome of grace and beauty. The former Miss Universe made a comeback with Aarya, also making her digital debut. The series, directed by Ram Madhvani, went live on Hotstar recently and has received good reviews. , Sushmita opened up on turning Aarya if need be for her family, sabbatical. Chandrachur Singh and Ram Madhvani too joined us for the same to open up on what behind the shoot, getting the situations right and an emotion they took away at the end of the shoot.

When asked if she would do what Aarya does in the show if push comes to shove? Sushmita exclaimed, “I am an intense woman, I have never liked it shallow. (Laughs),” and added, “I am a peaceful person in my life. I like to be happy. I don’t like drama in my life. I stay away from drama and negativity as much as possible.

“But if anyone ever attacks my family, and by family I mean dil ke rishte, anybody I consider family, you can be rest assured, my claws will come out and then all the peace and quiet self will go out. It is a choice and restrain I exercise but I would protect my family, there is no two ways about it.”

How did her kids react to her comeback, also she plays a mother to three kids on the show. Did her kids understand this? “The older one gets it. Renee gets it because she is older and she knows this is acting. Alizeh didn’t like it in the beginning because she is not seen me act in a movie since she was born and finally when she saw, she comes to the set and she looks at my 8 year old son on the show call me mummy off screen as he calls me that. This was a big dhakka to Alizeh because she is like the camera is not on, the shooting is not going on, why is he calling you mumma. So, I had to explain her that that’s what he calls me otherwise too. I had to make both of them understand each other. Now she doesn’t have a problem. Now she is okay with it.”