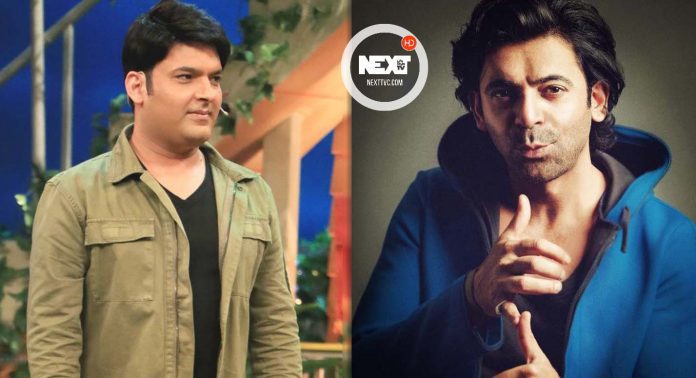 Sunil Grover aka Dr. Gulati to make a come back on The Kapil Sharma Show

After hiatus of four years, Sunil Grover, who kept himself away from The Kapil Sharma Show, is all set to make a comeback as audiences’ favourite character Dr Mashoor Gulati, reports said.

For the unversed, Sunil Grover had left The Kapil Sharma Show after a big spat with the host Kapil Sharma. While returning from Australia, the two comedians had a major fight in the flight, which later became a big controversy in the television industry.

After making an exit from The Kapil Sharma Show, Sunil Grover featured in some big projects like Bharat, Tandav and so on.

But now as per latest report in KoiMoi, producer of the show Salman Khan is trying to resolve differences between Kapil Sharma and Sunil Grover to bring latter back on the show. It is known to all that Salman shares a special bond with Sunil and hence, he wants him to be back on the show.

After Sunil Grover left, other cast including Sungandha Mishra, Ali Asgar and Chandan Prabhakar had also left the show. While Chandan bounced back, Sungandha and Ali still maintain distance from the show.

The Kapil Sharma Show which is on a temporary break is expected to come back with a different theme and cast. So, we hope Sunil Grover would make a comeback in TKSS family. The show features Archana Puran Singh, Krushna Abhishek, Kiku Sharda, Chandan Prabhakar, Bharti Singh, Sumona Chakraborty and others.

Kartik Aaryan's good looks and acting skills make him one of...

Shan Masood, a Pakistani cricketer, and Nische Khan were photographed for...

"I watched a girl being bullied. I don't want to share...

Rajamouli spoke to the international publication The Hollywood Reporter about RRR's...