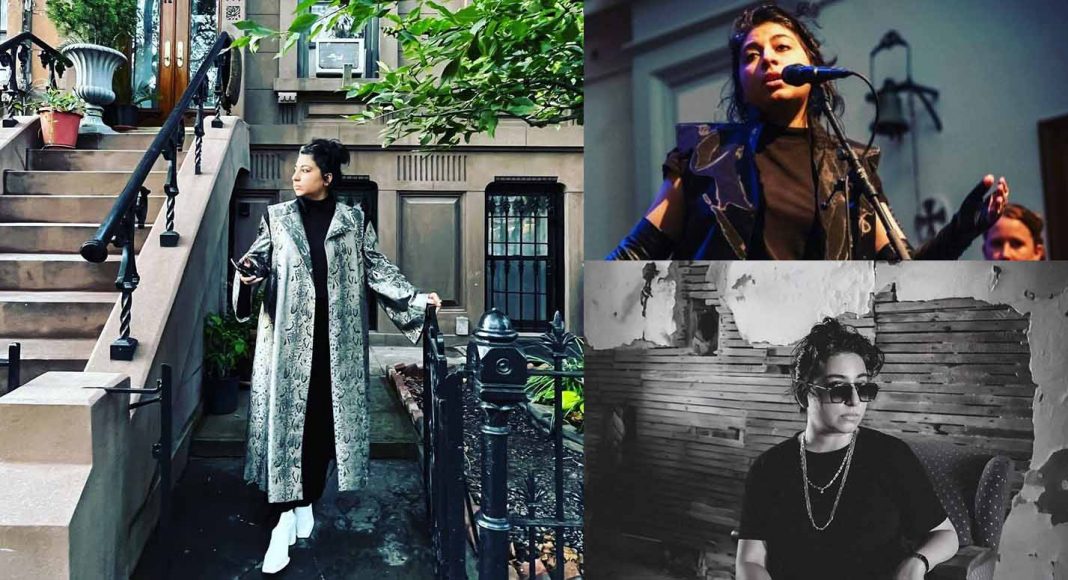 A British-Indian sitar player named Anoushka Shankar, who has been nominated for seven Grammys, is featured in the song.

It was earlier this year that singer Arooj Aftab made history by becoming the first Pakistani artist to win a Grammy. The singer from Brooklyn won Best Global Performance for her version of Mohabbat Karne Wale by Hafeez Hoshiarpuri. This song had been sung by Mehdi Hassan and Farida Khanum before.

She has entered a new song featuring Anoushka Shankar into the Best Global Music Performance and Best Arrangement, Instrument, and Vocal categories for the upcoming Grammy Awards. You can find Udhero Na on Aftab’s most recent album, Vulture Prince.

On Tuesday, she posted a photo to Instagram and asked her followers to consider “Udhero Na featuring Anoushka Shankar” for a Grammy in the Best Global Music Performance category. Aftab then sang a line from the song: “ankhon main silay ho, udhero na…” This tune is about moving on from a breakup; since we’ve finally conquered them, we’re guaranteed a victory.

Sitarist Shankar is a British-Indian multi-instrumentalist who has been nominated for seven Grammys. The British House of Commons Shield was awarded to her at the age of 29, making her the youngest and first woman to do so. It was revealed that Aftab was a “huge fan” of Shankar when they announced their collaboration on the song and that working with her was like a dream come true.

Ever since I saw Anoushka Shankar perform in 2005, she has had a rabid fan in me. She took note of my fanaticism and extended a warm friendship as a result. This is the craziest thing that could possibly be happening right now: she’s playing my song. Anoushka, I appreciate all of the encouragement, direction, musical solace, and unwavering faith you’ve shown me over the years. And I want to thank you for giving this song so much life and energy, “Aftab wrote.

Aftab was also a Best New Artist nominee the year before. The 37-year-old woman, who has lived in New York for 15 years, is quickly becoming a household name because of how she mixes folk, jazz, minimalist, and ancient Sufi traditions in new ways.