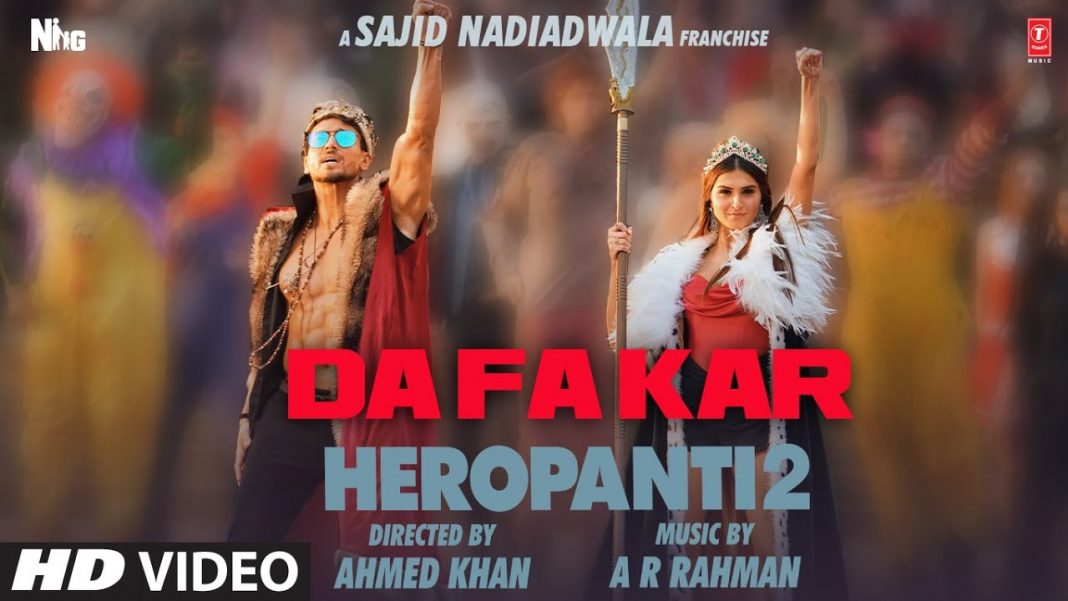 Ahmed Khan is the director of Heropanti 2, which stars Tiger Shroff and Tara Sutaria. DaFa Kar, the film’s opening number, has a new video online.

The first song from Heropanti 2 has been published by the film’s producers. ‘DaFa Kar,’ featuring Tiger Shroff and Tara Sutaria, is a song by AR Rahman. Although it has some similarities to the 2014 release Heropanti’s title track, the video of the song is aesthetically disappointing.

For the first time, Tiger Shroff does not seem to be executing any complicated steps. As a contrast to the trailer, throughout the song, he is calm and collected and does not engage in any antics. In contrast, Tara Sutaria seems befuddled in the video, and it doesn’t appear that this is on purpose. AR Rahman and Mehboob Kotwal collaborated on the song’s lyrics, and the result is a catchy tune.

Ahmed has worked with Tiger on three occasions now. Baaghi 2 and Baaghi 3 were previously co-written and co-directed by the two.

With Tiger Shroff as a collaborator, it’s like returning home.” In a statement, Ahmed praised the man’s willingness to accept the narrative. Aside from being one of the largest and youngest action heroes now, he’s also a household name. It’s clear from the way he handles complicated action scenes and makes them appear easy that he’s committed to his craft. Another reason working with him is always gratifying is that he is the most massive young actor in the group, and that’s why it’s always a pleasure.”

On April 29, Tiger Shroff and Tara Sutaria’s second film together, Heropanti 2, will open in theaters.