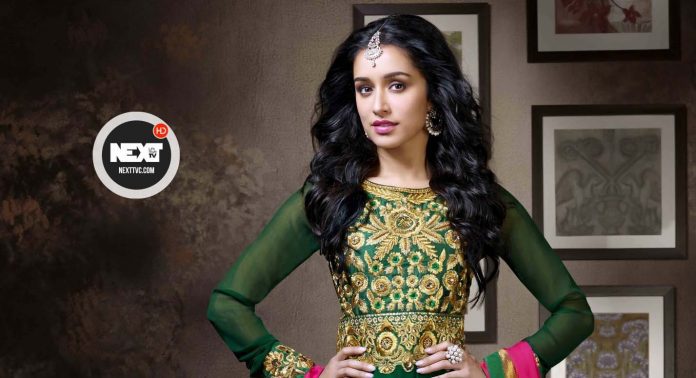 After a day of being snapped outside producer Nikhil Dwivedi’s office, Shraddha Kapoor is all set to star in his trilogy based on the shape-shifting serpent. The actress was delighted to join the likes of late Sridevi to play a ‘naagin’ in Dwivedi’s trilogy.

The day begins with a great piece of news for all Shraddha Kapoor fans as the actress is all set to play Bollywood’s iconic role of a shapeshifting serpent in Nikhil Dwivedi’s backed trilogy. Yes, taking to her Twitter handle, Shraddha shared the news. Shraddha is all set to step into the world of ‘Naagin’ as she has said yes to a three-film series based on the shape-shifting snake. Previously, many Bollywood stars like Sridevi, Rekha, Reena Roy and more have played similar roles of Naagin in Indian films. Now, Shraddha will be joining the likes of the iconic stars as a new-age Naagin.

On Twitter, Shraddha shared the news about taking on the role of a new-age Naagin, Shraddha wrote that she is beyond delighted to be playing the iconic role on the big screen. She further mentioned that she has seen Sridevi in films like Nagina and Nigaahen and hence, always wanted to do something similar on the silver screen. The Stree star was beyond excited to be a part of the three-film series that will star her as the shape-shifting serpent. As per the report, Shraddha’s film will have exciting visual effects and will be a trilogy.

It’s an absolute delight for me to play a Naagin on screen. I have grown up watching, admiring and idolising Sridevi ma'am's Nagina and Nigahen and have always wanted to play a similar role rooted in Indian traditional folklore.✨💜@Nikhil_Dwivedi @FuriaVishal @saffronbrdmedia

Not just this, the report claimed that the film will be helmed by Vishal Furia, who has been known for his Marathi film, Lapachhapi. Reportedly, Shraddha will be playing the role of a naagin in a story that will essentially be a love story. It will be bankrolled by Nikhil Dwivedi. Talking about it, Shraddha said, “It’s an absolute delight to play a ‘naagin’ on screen. I have grown up watching, admiring and idolising Sridevi ma’am in ‘Nagina’ and ‘Nigahen’ and always wanted to play a similar role that is rooted in Indian folklore.”

Meanwhile, yesterday, when Shraddha was snapped outside Nikhil’s office, fans were intrigued to know if any new announcement was on the cards. Well, surely this will bring cheer to all Shraddha fans. Meanwhile, she was last seen on screen in Baaghi 3 with Tiger Shroff. Shraddha will be seen next in Luv Ranjan’s film with Ranbir Kapoor.