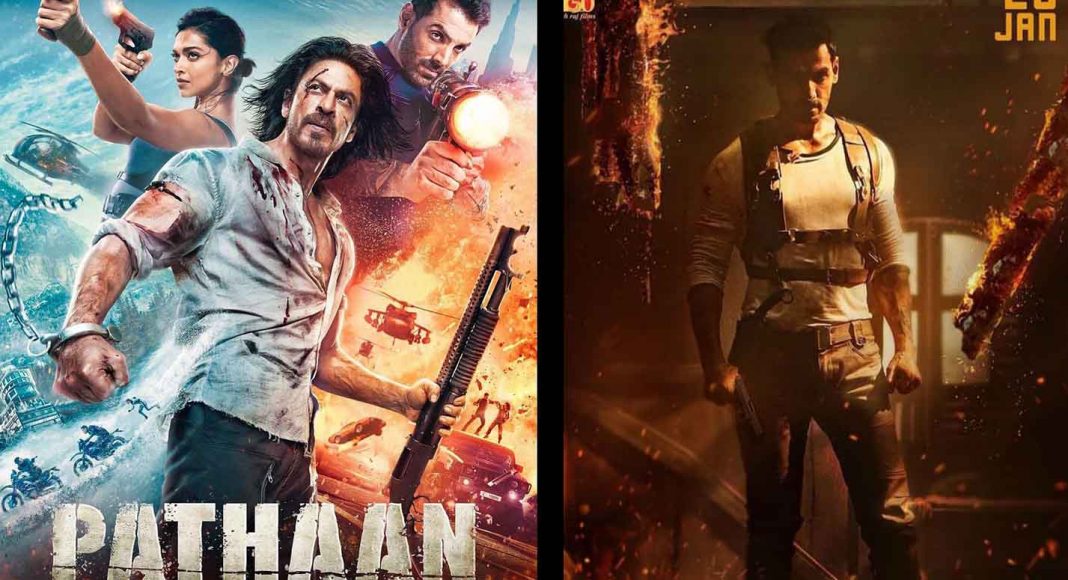 Shahrukh Khan, a big name in Bollywood, will use the last game of the FIFA World Cup 2022 to promote his new movie, Pathaan.

Indian news sources say that King Khan will keep promoting “Pathaan” on Sunday during the biggest sporting event of the year: the final match of the FIFA World Cup 2022.

A verified Twitter fan page of a famous person said that Khan, who appeared during the pre-match of yesterday’s semifinal between Croatia and Argentina, will also be in the studio of the official broadcaster during the final match on December 18.

Deepika Padukone, who plays the main character in the movie, was asked to show off the coveted trophy before the final match in Qatar.

On January 25, 2023, the Hindi, Tamil, and Telugu versions of the Siddharth Anand-directed film will all be released at the same time.

A month ago, YRF wowed audiences with an explosive teaser trailer. The raw action and lethal punches in the minute-and-a-half clip gave fans a good taste of what to expect from the high-octane actioner.

SRK’s Pathaan was shown in a menacing guise in the teaser, complete with exciting fight scenes, and the film’s heroine, Deepika Padukone, made an impressive entrance with her seductive new look. Pathaan may have a foe in John Abraham, who was briefly seen in a flashback.

In case you missed it, this is the movie where Shahrukh Khan makes his long-awaited return to the big screen after a four-year hiatus.