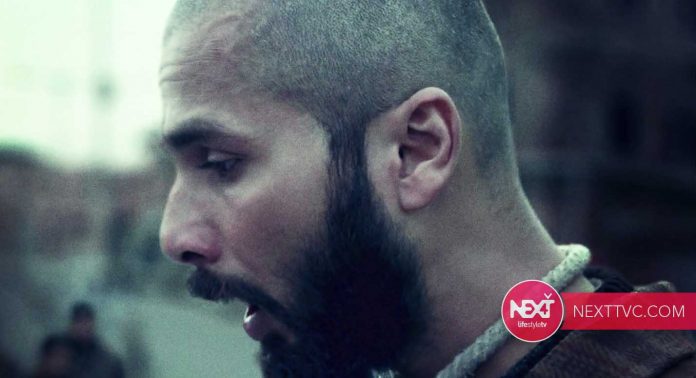 Shahid Kapoor confessed he misses working with his Vivaah co-star Amrita Rao. The actor also shared his biggest takeaway from his character in Haider.

Shahid Kapoor has shared good chemistry with several co-stars. From Kareena Kapoor in Jab We Met to Kiara Advani in Kabir Singh, we loved watching him with numerous actresses. But none of them could come close to Amrita Rao. The couple debuted together in Ishq Vishk and went on to star in three more movies. This included Shikhar, Vaah! Life Ho Toh Aisi! and Vivaah. We miss watching the two on-screen. Turns out, so does Shahid. The actor made the confession recently.

The Jersey star has been hosting an Ask Me Anything session on Instagram lately. He is constantly in touch with his fans amid the lockdown. While he was answering numerous questions, he came across a question about Amrita. A fan asked him, “One word for Amrita Rao plz.” In his response, Shahid confessed he misses working with his Vivaah co-star. Deeming her “special”, Shahid said, “A special co-star. I miss working with her. She is a wonderful actor.” 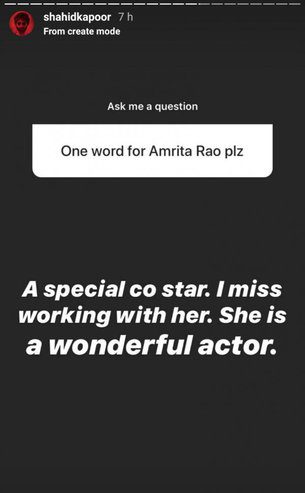 Bollywood, can you please bring back some Ishq Vishk? Sigh! Do you miss the adorable on-screen couple? Let us know your thoughts in the comments below.

Shahid also answered a question on Haider. The actor delivered a power-packed performance in the Vishal Baradwaj directorial. So much so that he shaved his hair off for the movie. The movie won five National Film Awards, including Best Screenplay (Dialogues), Best Music Direction, Best Male Playback Singer, Best Choreography and Best Costume Design. Shahid bagged Filmfare Award for Best Actor for his performance. Given the praise, a fan asked him what his biggest takeaway from the character Haider.