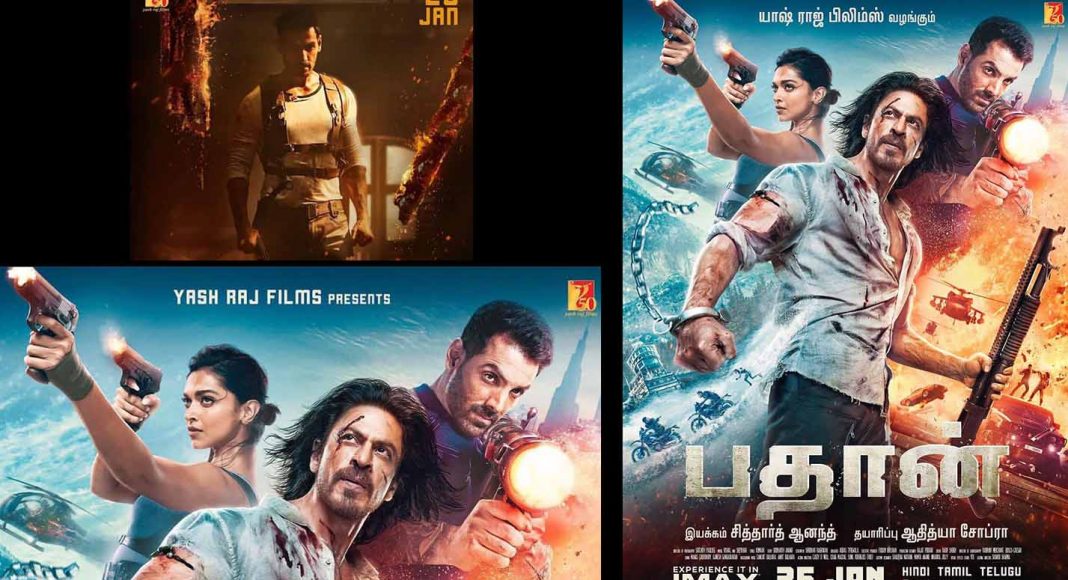 Pathaan: 5 reasons to look forward to Shah Rukh Khan’s return in “Dhamakedaar” after a four-year absence

We can't control our excitement after today's publication of the Pathaan teaser! Here are the top 5 reasons why we can't wait for Shah Rukh Khan to return to the big screen after a four-year absence.

Bollywood’s most renowned actor, Shah Rukh Khan, has returned. Even though the superstar just had a brief cameo in Ayan Mukerji’s Brahmastra, we have all missed seeing him in a substantial role on the big screen. Shah Rukh Khan is a star that few performers can match, and it is fair to claim that he has the largest fan base of any actor. Shah Rukh Khan hasn’t appeared on the big screen in almost four years, so it goes without saying that we’ve all been impatiently awaiting the release of Pathaan. On SRK’s 57th birthday, the Pathaan teaser was finally released, and it looks extremely good. Here are the top 5 reasons we just can’t wait for Shah Rukh Khan’s Dhamakedaar comeback on the big screen, as revealed in the teaser.

Shah Rukh Khan consistently makes an impression with his commanding on-screen presence and steals the show in both major and minor roles. Before watching the Pathaan teaser this morning, we had no idea how much Shah Rukh Khan’s magnetism and presence on screen had been missed. Shah Rukh Khan’s location and state of survival are initially raised in the teaser. The next scene is hilarious because Shah Rukh Khan says “Zinda hai” while laughing evilly. With the addition of Deepika Padukone, Shah Rukh Khan, and the fight with John Abraham, the teaser just gets better. All in all, even if it’s just a brief clip from the movie, it’s a complete joy to watch Shah Rukh Khan. The teaser, if anything, has just piqued our interest in seeing Shah Rukh in Pathaan.

Shah Rukh Khan is one of a select group of actors whose fame is not determined by his successes or failures. The star’s most recent appearance was in Aanand L. Rai’s commercially unsuccessful 2018 film Zero, which also starred Anushka Sharma and Katrina Kaif. Shah Rukh Khan’s previous film, “Jab Harry Met Sejal,” wasn’t particularly well received either. His star persona hasn’t been altered by a few minor failures, and anticipation for his next film is higher than ever. The superstar’s announcement of a movie had been eagerly anticipated by fans in the years after Zero. Rumor has it that Shah Rukh Khan read a lot of scripts before selecting and deciding on his upcoming projects. So it’s clear that anticipation for Pathaan is through the roof!

Shah Rukh Khan in a role-playing setting? Take my money already, please! There is no one who does romantic dramas better than Shah Rukh Khan, who is the king of romance. But keep in mind that Shah Rukh excels in full-fledged action roles just as well, if not better than anyone else! In addition to many others, he has acted in a number of action films, including Don, Main Hoon Na, Asoka, and Ra. One, Karan Arjun, and Raees. In fact, he stunned us with his action avatar during his cameo in Ayan Mukerji’s Brahmastra, where he played the guardian of Vaanar Astra. We have already seen a few intense scenes starring Shah Rukh Khan in the Pathaan trailer, and it has left us wanting more!

Recall the excitement when Shah Rukh Khan debuted his six-pack abs in 2007’s Om Shanti Om? Yes, back then, we were smitten with his appearance. Now that he has developed eight-pack abs for the movie Pathaan, Shah Rukh Khan looks incredibly lethal, but the physical transformation wasn’t simple. When asked by Indian Express about his workout regimen for Pathaan, SRK’s fitness trainer Prashant Subhash Sawant revealed that he has been preparing for the film for four years. In order to get a chiselled, toned figure, Shah Rukh engaged in a lot of heavy lifting and weight training, and it certainly paid off.

While we are enthusiastic about Pathaan’s rumored visual spectacle, we are even more thrilled about Deepika and Shah Rukh Khan’s renewed on-screen chemistry! In the past, the two have collaborated on movies like Om Shanti Om, Chennai Express, and Happy New Year. You are already aware of their fantastic on-screen chemistry if you have seen any of their films together. Another justification for how eagerly we anticipate Pathaan!

Rahul Khan - July 1, 2019
The Educational wing of T-Series organized an event in the respect and memory of the beloved Shri Gulshan Kumar,  the founder of the T-Series Music...