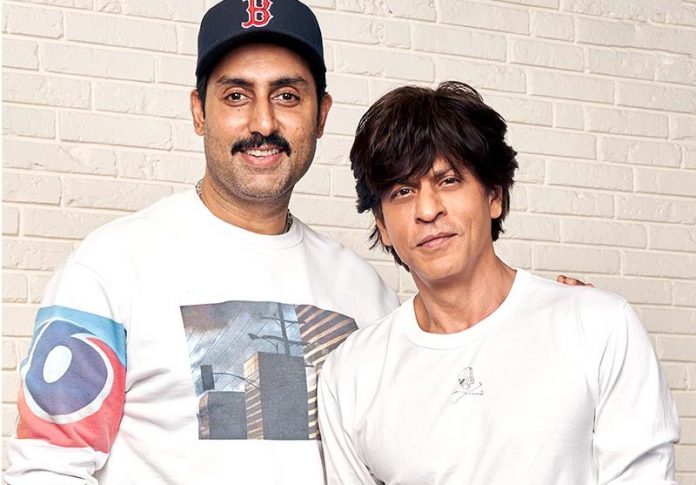 Shah Rukh Khan surprised his fans with the announcement of his next production. He will be bankrolling Bob Biswas which will star Abhishek Bachchan in the lead. Here are the details.

Shah Rukh Khan, who was last seen in Aanand L. Rai’s 2018 directorial Zero, has been missing from the big screen for a while now. And while the fans are eagerly waiting for the superstar to return on the big screen, there has been continuous speculations about SRK’s next project. Putting the speculations to rest for a while, the Dilwale star has finally announced his next project as Bob Biswas.

Making the big announcement on Twitter, Shah Rukh confirmed that his production house Red Chillies Entertainment would be bankrolling the movie along with Sujoy Ghosh’s Bound Script Production. Helmed by debutant director Divya Annapurna Ghosh, Bob Biswas will feature Abhishek Bachchan in the lead. To note, Bob Biswas, a poker-faced contract killer, is the fictional character from Vidya Balan’s 2012 release Kahaani. The character was an instant hit among the audience and captured the imagination of many viewers with his trademark line “Nomoshkar, ek minute”.

Talking about the movie, the My Name Is Khan star tweeted, “#BobBiswas is coming to ‘kill it!’ Happy to associate with Bound Script Production to bring #BobBiswas, played by @juniorbachchan and directed by Diya Annapurna Ghosh.”

“Bob Biswas is easily amongst the most iconic movie characters in recent memory. With Abhishek taking on the portrayal of Bob and Diya helming the film as director, we are excited to give further shape to such an extraordinary character,” Gaurav Verma Red Chillies Entertainment’s COO was quoted saying. It is reported that Bob Biswas will be playing the key character of the movie wherein fans will get to see many facets of his dual nature of the poker-faced contract killer.

To note, Bob Biswas will mark SRK’s third collaboration with Abhishek after Kabhi Alvida Naa Kehna and Happy New Year. Although the makers are yet to finalise the remaining cast of the movie, it will be interesting to see if SRK will also be enacting in the project. Bob Biswas is expected to hit the floors in 2020 and is likely to release in the same year.