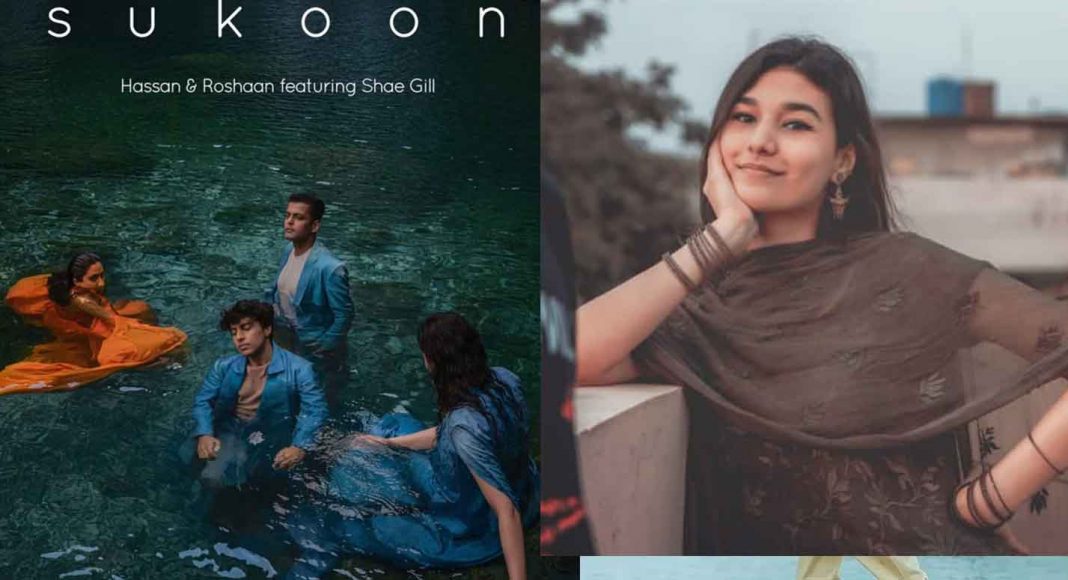 Hollywood stars like Ayushmann Khurrana and Rohit Saraf have acknowledged the song's greatness.

The Bollywood industry appears to be a lover of Shae Gill’s smooth vocals. The news of her Coke Studio debut, Pasoori, made its way across the border and became a global smash, and now her next track, Sukoon, featuring Hassan and Roshaan of Lahore, is making its way onto the playlists of Bollywood celebrities.

Ayushmann Khurrana and Rohit Saraf, two of the actors who have recently posted to Instagram, have both linked to the song. Hassan and Roshaan, Sukoon’s vocalists in Pakistan, were so moved by the outpouring of support they received that they reposted the image on their joint Instagram account. “What’s going on?” They said, “We truly didn’t expect all this love and support.”

Sukoon’s beautiful music video and soothing sound are resonating with fans. Most listeners find the music soothing and beautiful, but others have taken issue with what they see as minor overtones of queerness in the video. Some listeners have even drawn comparisons between Gill’s voice and that of the late, great Nazia Hassan.

The music video for “Sukoon,” which came out in December despite the album being released in October, was well worth the wait. On Instagram, Hassan and Roshan said, “When the director heard the song, he remarked that the music gave him a sense of tranquilly paired with melancholy.” To paraphrase a popular saying, “life is both beautiful and lonely,” or “zindagi haseen bhi hay, tanha bhi hay,” means “life is both beautiful and lonely” and refers to the dual nature of human existence. Just imagine the prettiest, loneliest thing you can think of: a goldfish in a bowl.