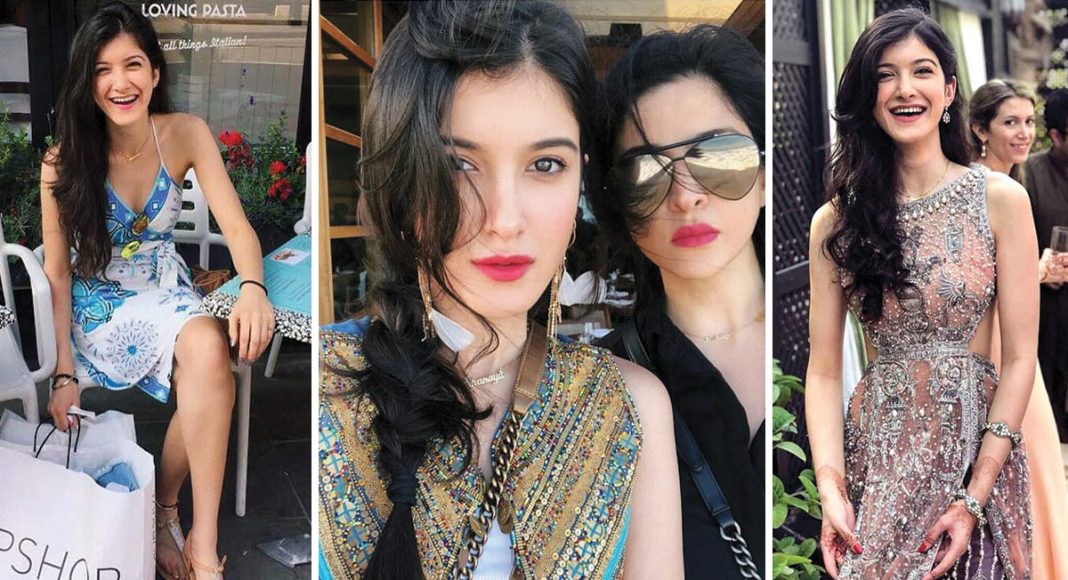 Sanjay Kapoor’s daughter Shanaya Kapoor would be entering into filmmaking by working as an assistant director on the Gunjan Saxena biopic starring Janhvi Kapoor.

As more and more star kids make their foray into Bollywood, next in line is actor Sanjay Kapoor’s daughter Shanaya Kapoor. It was revealed that the 19-year-old would be making her debut as an assistant director and has already flown to Lucknow to begin work on a film. According to a report in Mumbai Mirror, Shanaya is assisting on the film – the Gunjan Saxena biopic starring her cousin Janhvi Kapoor. She will be learning the ropes of filmmaking before her big acting debut in 2020.

A source said in the report, “The team will be shooting in Lucknow for the next two weeks before moving to other locations. While Shanaya has made up her mind about being an actress, her parents wanted her to experience life behind the scenes first. She had been making regular rounds of Karan Johar’s Andheri office to work on the project.”

The film is being directed by debutant Sharan Sharma, who assisted Karan Johar on 2016 film Ae Dil Hai Mushkil. Janhvi will be playing Gunjan, one of the first Indian female helicopter pilots and the first woman to be honoured with the Shaurya Chakra, who had evacuated soldiers injured in the 1999 Kargil War.

A few days ago, Sanjay had broken the news on the social media by sharing a throwback picture of the father-daughter posing together, with the caption, “All the best Shanaya #newbeginnings #newjourney.”

Her mother Maheep Kapoor had also shared a picture and a message that read, “My baby’s gone to Lucknow for 2 weeks #MissYouAlready #AssistantDirectorsLife #LoveYou @shanayakapoor02 #ProudMama.”

Neerja actor Sonam Kapoor was the first among the Kapoor cousins to make her acting debut. She was followed by cousin Arjun Kapoor, then Harshvardhan Kapoor and later cousin Janhvi Kapoor, who made her acting debut with Dhadak last year. While Sonam and Harshvardhan are Anil Kapoor’s kids, Janhvi and Arjun are Boney Kapoor children. Sonam had also entered into Bollywood by assisting Sanjay Leela Bhansali on Black before starring in her debut film Saawariya.