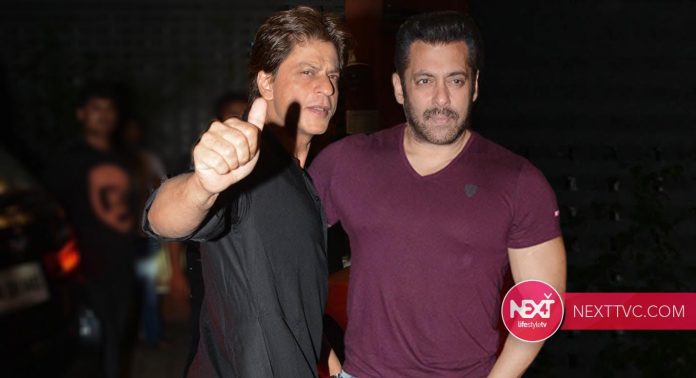 Shah Rukh Khan and Salman Khan had a rough patch in between but on the whole, they have had cordial and friendly relations with each other. Off late, their bond has grown stronger and this was evident clearly when they shared the stage at ‘Aap Ki Adalat’ and for an episode of ‘Bigg Boss 9’. Shah Rukh Khan has, very sweetly, shot for a special appearance in Salman’s 2017 Eid flick Tubelight. Salman then returned the favour by appearing for a song in SRK’s ambitious flick Zero (2018).

And now, it seems both the superstars are going to be on the big screen yet again. A source reveals, “Salman Khan has signed for a crucial role in Pathan, starring Shah Rukh Khan in the lead role. He will have an extended special appearance in this grand action flick. The superstar is expected to shoot for around 12 days. After wrapping up his part, he’ll proceed to shoot for Tiger 3.” Like Pathan, the third instalment of Tiger series is also produced by Aditya Chopra’s Yash Raj Films.

“Salman Khan will share screen space with Shah Rukh. It’ll be something to watch out for!” The source however didn’t reveal whether Salman Khan would also be seen with Pathan’s other two lead actors, John Abraham and Deepika Padukone.

A trade expert says, “If this information is true, then it’ll surely spread cheer among trade. Pathan already sounds like an exciting project and Salman’s cameo will prove to be an icing on the cake. Viewers will go berserk in cinemas when they’ll see both the Khans together. It’ll also contribute to the collections which is much needed considering that 2020 has been a disastrous year for the box office.”

As per reports, Pathan goes on floors at the end of this month. This will be the first film of Shah Rukh Khan as a lead which he’ll shoot after almost 2 ½ years. It will be helmed by Siddharth Anand who also directed 2019’s biggest grosser, War.