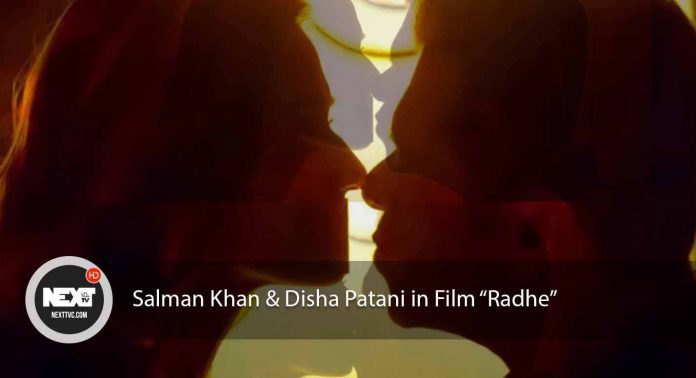 Salman Khan’s Radhe: Your Most Wanted Bhai sparked a much-needed debate on the repetitive content Bollywood is now offering – especially Salman Khan films Prior to its highly-anticipated Eid release.

Even though fans are counting days for the film to finally hit the screens, according to Pinkvilla, ever since Radhe’s trailer released, many have questioned whether they will be watching a cross-over between some of Salman’s previous films.

The makers, however, have teased songs from the Prabhudheva directorial, because of which, a scene from one of the tracks showing Salman kiss Disha Patania, has become the talk of the town. Since the Dabangg star has a no-kissing policy onscreen, fans have argued how he broke the code now – that too when Disha is so much younger than him.

So in a BTS video of the film,

Salman explained that while it appears he is kissing Disha in the scene, he is in fact, kissing a tape.

But that’s not all. Salman, while singing praises for his co-star and the MS Dhoni: The Untold Story actor, said she and him looked the same age.

I think that is a part of his swag that’s something that nobody can do. We really had some difficult steps. He didn’t even once say no to anything. He just makes it look so effortless.”

We look like we’re the same age. This does not mean she looks my age or I like hers),” Salman explained.

He also clarified that he believes an actor can do romance onscreen as long as he has established he can do action too.

Earlier, Disha had also heaped praises for Salman and couldn’t stop gushing about shaking a leg with the superstar in Seeti Maar. She said, “It’s always so much fun working with Salman sir. It’s like when he performs, he doesn’t have a care in the world. He dances like nobody is watching.