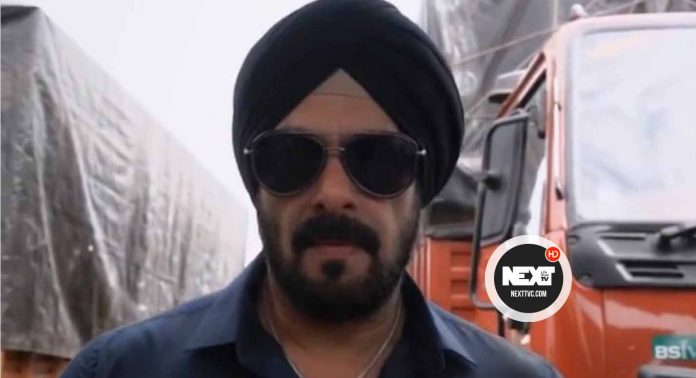 Reports suggested that Salman Khan has begun shooting for his film Antim. In fact, it has also been said that the star cast had already kick-started the shooting schedule on November 16 that began with a chasing sequence in Pune. Moreover, the next schedule happened in Karjat after which the superstar joined the sets on December 6. Right now, they are shooting for the same in Film City, Mumbai. Guess what! There’s a new surprise for the fans.

Aayush Sharma who plays a pivotal role in the movie has recently given a glimpse of Salman Khan’s first look from Antim which is nothing less intriguing. The actor wears a dark blue shirt teamed up with a pair of grey trousers and black shoes. Moreover, he also dons a turban on his head as can be seen in the video. The superstar is seen walking down the road towards what seems to be some busy market.

Apart from Salman Khan and Aayush Sharma, Antim also features Nikitin Dheer in a significant role. For the unversed, it happens to be a remake of the Marathi film titled Mulshi Pattern. The gangster drama has been helmed by Mahesh Manjrekar whose daughter Saiee made her debut in Dabangg 3 alongside Salman and Sonakshi Sinha. Earlier reports also stated that the superstar will play a turbaned cop in the upcoming movie. Now, going by his first looks, we are pretty sure he is playing the aforementioned character in the same.