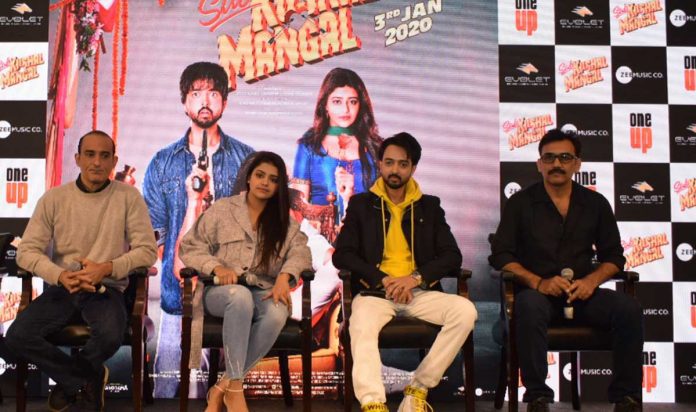 The story of the movie revolves around the life of Pappu Mishra( Played by Priyaank Sharma) and his reality show. The film is directed by Karan Vishwanath Kashyap
and produced by Prachi Manmohan.

During the interview, Akshay Khanna spoke about the reason behind choosing Sab Kushal Mangal, ” The film gave me a lot of Creative satisfaction. It is written so beautifully and every character has it’s own innocence which made me do the film.”

Priyaank Shared the advice he took from his mother, ” Mom never told me what to do specifically. She always encouraged me to be spontaneous and natural while acting, also enjoys the journey to the fullest.”

Riva spoke about the pressure of taking the legacy forward, ” It’s a blessing for me to be Ravi Kishan’s daughter and I never took it as a pressure. The pressure is what society creates and if I’ll let it affect me, how will I be able to perform.