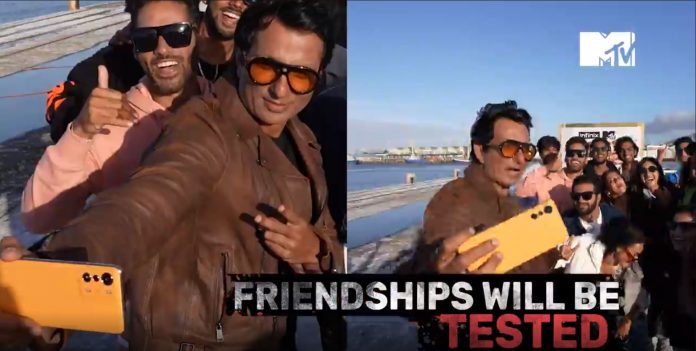 Season 2 of the anticipated reality program will begin airing shortly. Roadies 18 premieres on television on April 8th. The season has a new format compared to prior seasons. Sonu Sood will serve as the show’s host this time around, since there will be no gang bosses to contend with. Fans of the program are ecstatic about the South African locale in the show’s latest teaser.

There’s a glimpse of Sonu Sood and Kevin Almasifar in the teaser, as well as Kevin Almasifar’s co-stars Baseer Ali, Muskan Jattana, Ashish Bhatia and Yukti Arora, among others. All kinds of sports including mountain climbing, scuba diving and ziplining will be offered to participants this year, including sandboarding and snowboarding.

It is expected that Sonu Sood would serve as a mentor and guide to those taking part in Roadies Season 18 during the series’ harrowing but exhilarating journey. There will be plenty of surprises along the way on this new voyage.

The season will include some familiar characters including Baseer Ali, Aarushi Dutta, Aarushi Dutta, Ashish, Kevin Almasifar, and Raftaar’s former teammate Ashish. Moose Jattana, of Bigg Boss OTT fame, will be one of the season’s new faces.