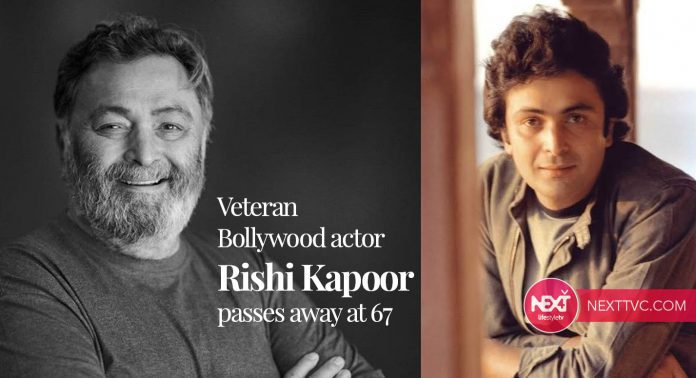 Veteran Bollywood actor Rishi Kapoor passes away at 67. The news was confirmed on Twitter by his long-time friend and Bollywood’s megastar Amitabh Bachchan. 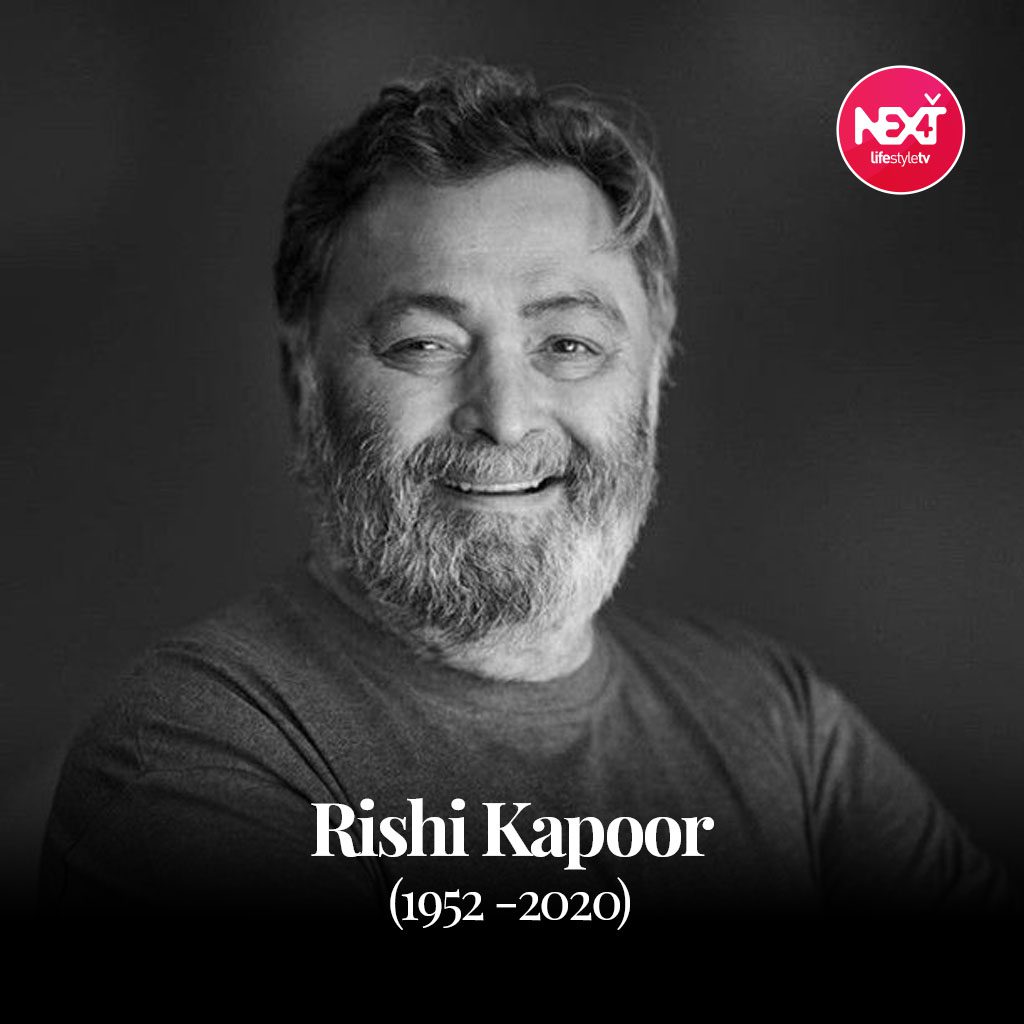 “Big B wrote he was devastated and destroyed.” 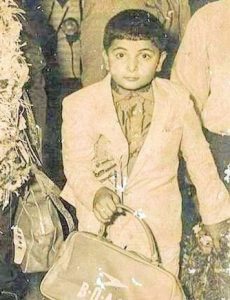 Rishi was diagnosed with cancer in 2018 and he returned to India from New York in September last year, after his cancer treatment

In March this year, Neetu Kapoor took to Instagram to post a ‘meal out’ photo with Rishi. She wrote, “Meal out after a long period becomes so special!! You value each moment, enjoy every dish!”

Several personalities took to the micro-blogging site to pay a tribute to the legendary actor.

It seems like we’re in the midst of a nightmare…just heard the depressing news of #RishiKapoor ji passing away, it’s heartbreaking. He was a legend, a great co-star and a good friend of the family. My thoughts and prayers with his family 🙏🏻

Am devastated, heartbroken… King of charm, King of Romance, the legendary actor Rishi ji just said ‘pack-up’. Not fair Sir, you said we will do a film together…. just not fair. pic.twitter.com/EJjJnuSThW

Woke up with this very sad news @chintskap is no more #RIPRishikapoor ji 🙏 Condolence to the family..

This is a terrible week for Indian cinema, with the passing of another legend, actor Rishi Kapoor. A wonderful actor, with a huge fan following across generations, he will be greatly missed. My condolences to his family, friends & fans all over the world, at this time of grief.

An actor par excellence and a legend who will live forever in our hearts. Rest in peace #RishiKapoor pic.twitter.com/DFfF3hy22M

Deeply saddened by the sudden demise of actor Rishi Kapoor. He entertained several generations of Indians throughout his career. What a terrible loss.. My condolences to the grieving family. May God bless his soul.

Rishi Kapoor was last seen in the web series The Body on Netflix. He also shot for a film in Delhi earlier this year.