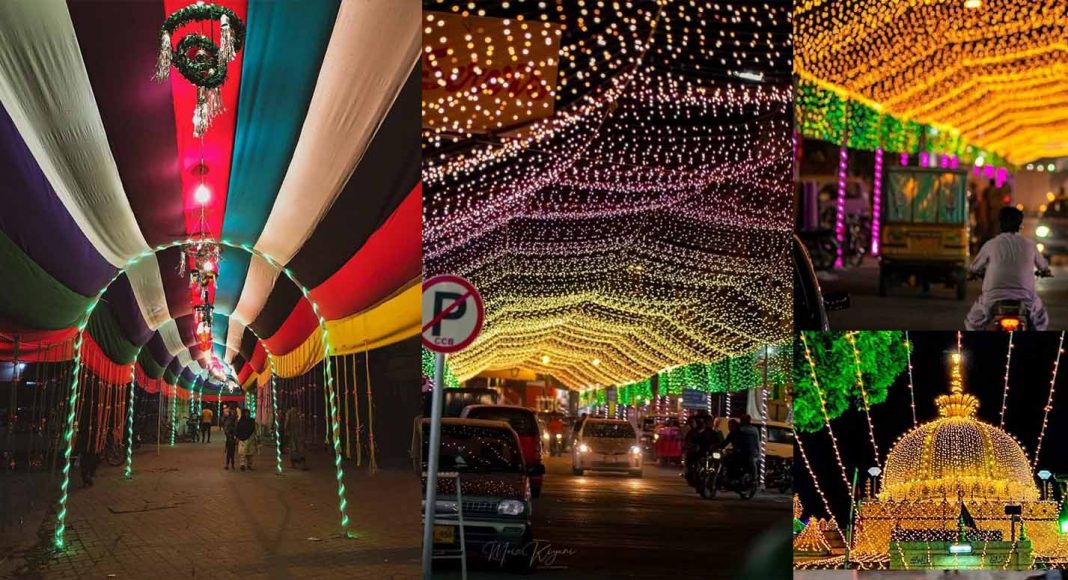 Religion is at the heart of the nation’s celebration of EID Miladun Nabi (PBUH).

Muslims around the world, including those in Pakistan, are commemorating the birth of their prophet Muhammad (PBUH) today (Sunday) with religious and cultural zeal.

At sunrise, 31 and 21 gunshots were fired in honor of the Holy Prophet Muhammad (PBUH) in the federal and provincial capitals, respectively.

#EidMiladunNabi Mubarak to all Pakistanis in 🇵🇰 and 🇦🇺. It’s a great opportunity to reflect on the invaluable contribution almost 100,000 Australian Pakistanis make to Australia’s safe and inclusive multicultural community. #عید_میلاد_النبی pic.twitter.com/1S5GyoHXjG

To honor the last messenger, whose life and teachings serve as a guidepost for all of humanity, numerous conferences, events, and Mehfil-e-Milad have been planned. To mark the event, many are also participating in processions through the streets.

Buntings and lights have been strung from every public and private structure, as well as from the trees lining the streets and the stalls in the markets and mosques.
On the eve of Eid Milad-un-Nabi, Prime Minister Shehbaz Sharif sent his greetings to Muslims everywhere (PBUH).

The birth of the Prophet Muhammad (PBUH) is celebrated by Muslims all over the world on the 12th day of the Islamic month of Rabi-ul-Awwal.