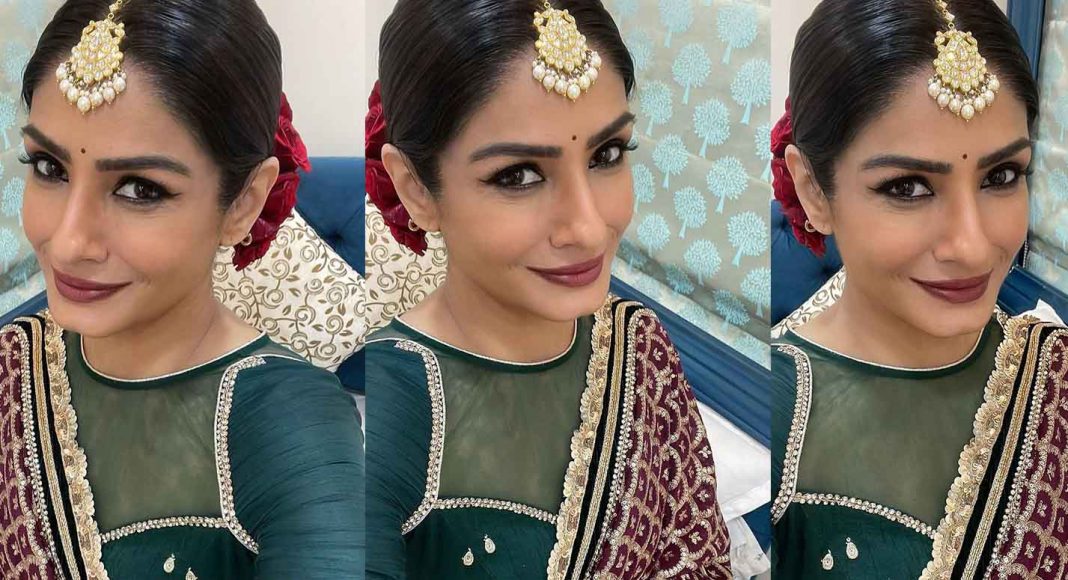 Raveena Tandon shares the set of the film with a hilarious reel. WATCH

Bollywood actress Raveena Tandon and her co-star Manav Vij are in a funny clip that has gone viral on YouTube and other video-sharing sites.

On Saturday, the “Aranyak” actress posted a hilarious behind-the-scenes reel from the set of her upcoming film, “Patna Shukla,” for her 7.2 million Instagram followers to enjoy.
Tandon and Vij, with whom she will co-star in the upcoming film, recreated the viral script “Talk English, please.” During the clip, she echoed the line “Talk English, please,” to which her co-star replied, “Oh, where are you from?”
She said, “I’m fine,” with a series of amusing expressions.

Thousands of Instagram users watched the clip, and the Bollywood star got lots of love from those who saw it.

Raveena Tandon, who was one of the best actresses working in Bollywood throughout the 1990s, was honored with prestigious awards like the National Film Award and the Filmfare Award for her outstanding work in a variety of genres.

Tandon made a big impression in her first movie, the action movie “Patthar Ke Phool” (1991), which starred Salman Khan. Throughout her 32-year career, she has given great performances in a string of box office hits.

Web Desk - February 5, 2019
The event began with the screening of a special video message by His Excellency Sardar Masood Khan, President Azad Jammu, and Kashmir which emphasized...