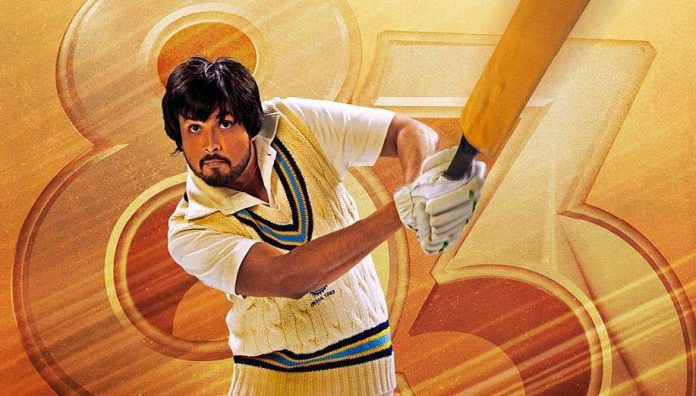 ’83 is one of the most awaited movies of the year and Ranveer Singh has been teasing about the movie of late by unveiling character posters from his upcoming film. He earlier shared first looks of actors Jatin Sarna, Saqib Saleem, Jiiva and Tahir Raj Bhasin.

Chirag also shared the poster and wrote,” As a boy I idolized him; now I aspire to be a man like him. How fortunate must I be to portray my superhero on screen.The man who took India to the finals Presenting Mumbai ka Sandstorm, Sandeep Patil! #ThisIs83.”

Speaking of the movie, the same is a sports drama which is directed by Kabir Khan. The movie is jointly produced by Kabir Khan, Vishnu Vardhan Induri, Madhu Mantena, Deepika Padukone and Sajid Nadiadwala and is bankrolled by Reliance Entertainment. Viewers are waiting for the character posters of other actors such as Deepika Padukone, Harrdy Sandhu, Ammy Virk, Amrita Puri, Pankaj Tripathi, Boman Irani, and Sahil Khattar. The movie will follow Kapil Dev’s life and how he became the captain of the India national cricket team and how the team won the 1983 Cricket World Cup.