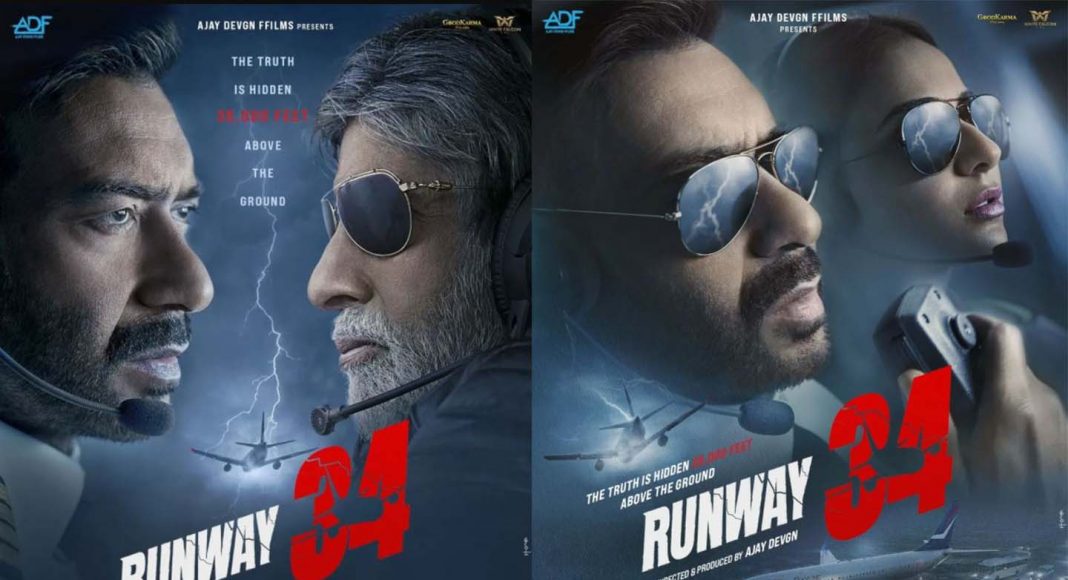 Fans of Ajay Devgn are in for a nice treat as he has a number of high-quality projects in the works. Runway 34, which is based on a genuine story, is getting a lot of attention since it is supposed to be based on real events.

To start things off, the first motion poster depicted a focused Amitabh Bachchan, who had a voiceover that seemed to challenge Ajay Devgn about putting the lives of his passengers at danger.

Another motion poster had Ajay Devgn narrating his version of events after a tragic tragedy. To further thrill the fans, he published a poster from the movie with a picture of himself and Rakul on it. ‘Brace for impact,’ he wrote under the movie poster’s image.

Runway 34 is directed by Ajay Devgn and stars Boman Irani, Angira Dhar, Aakansha Singh, and Carry Minati, among others. On April 29, the film will be released. Runway 34’s trailer will be launched on March 21, and the movie’s worldwide trailer will be linked to all RRR prints.

Sajjad Ahmed - May 21, 2019
After several speculations about the impending marriage of Varun Dhawan and Natasha Dalal bearing no fruit, we hear the couple has locked a December...