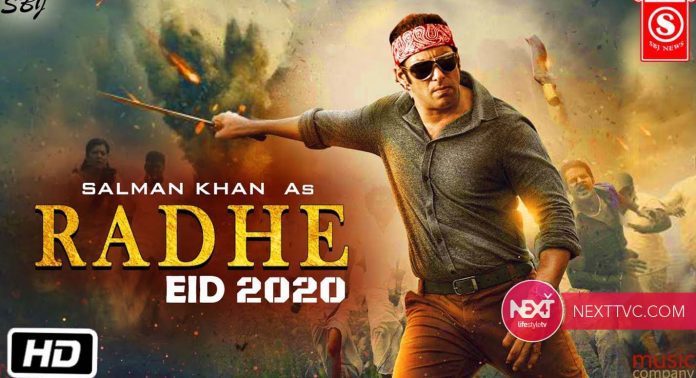 Salman Khan, who was last seen in Dabangg 3 with Sonakshi Sinha, Kiccha Sudeep and Saiee Manjrekar was busy shooting for his upcoming film Radhe: Your Most Wanted Bhai before the Coronavirus lockdown. Known to be one of the most popular superstars in Bollywood, Salman Khan’s fan following is spread across the globe. His fans go crazy to just see a glimpse of him. We all know Salman’s love for kids. The Bajrangi Bhaijaan often posts photos and videos with his sister Arpita Khan Sharma’s son Ahil and Sohail Khan’s son Nirvan and Yohan. 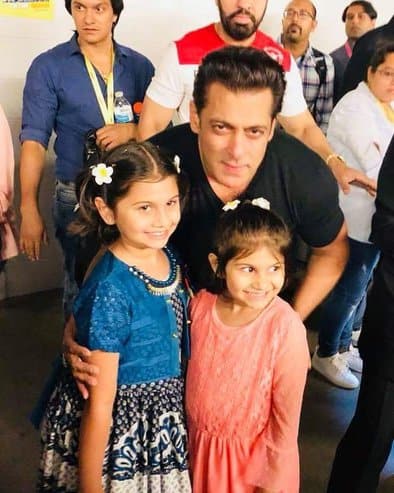 There is no doubt that the inner child of the superstar comes out when he gets time to spend with kids. Recently, we came across a picture posted by a fan in which we can see our Bajrangi Bhaijaan posing with two cute kids for the camera. Salman Khan is seen donning a black t-shirt in the picture. On the other hand, the girls look elated and blush while posing with him. Meanwhile, Coronavirus lockdown has affected the lives of many including daily wage workers in Bollywood.

To help them, Bollywood has stepped up and among them, Salman Khan’s name has been coming forth recently. After reports of Salman asking for bank details of 25000 daily wage workers came out, fans of the actor were filled with pride due to his action. Several times in the past, the Khan family has helped the nation in times of need. And this time too, they stepped up like others from the industry.

On the work front, post Radhe: Your Most Wanted Bhai, Salman Khan will be seen in Kabhi Eid Kabhi Diwali and will be seen romancing Pooja Hedge