It is time for domestic cricket fans to rejoice as the fifth edition of the Pakistan Super League is to officially commence from Thursday, February 19. The series of matches will bring together the six teams comprising national and international ace cricketers.

The 34 matches of the T20 tournament will be played in four international venues — Karachi, Lahore, Rawalpindi, and Multan.

The opening ceremony of the tournament will take place at Karachi’s National Stadium, where more than 350 artists are slated to perform to what is expected to be a full house.

The playoffs, including the final, will be played at the Qaddafi Stadium in Lahore. 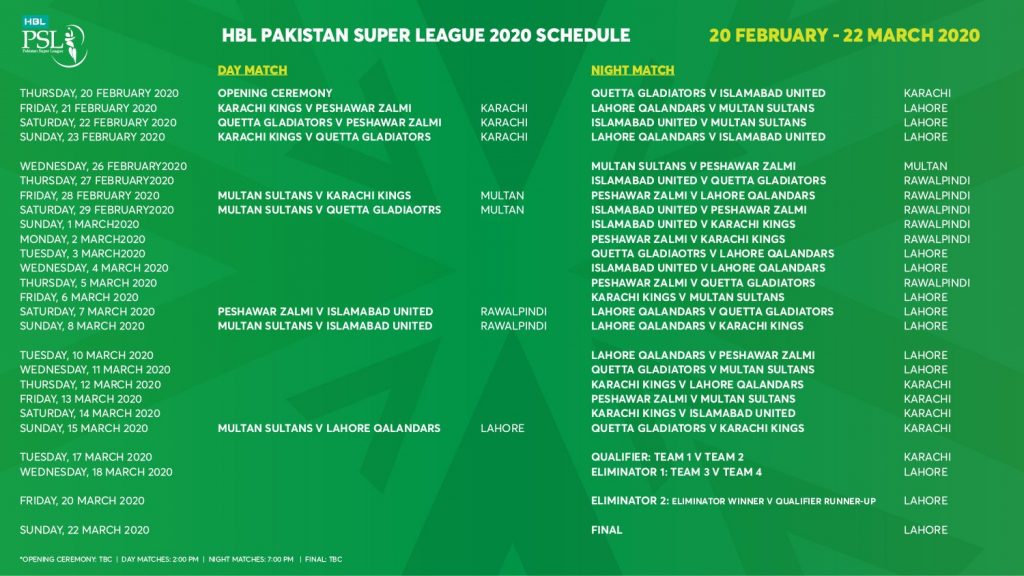