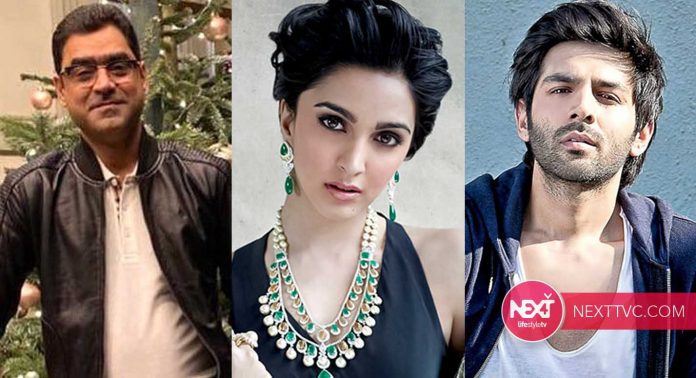 The entire team of Bhool Bhulaiyaa including leading actors Kartik Aaryan, Kiara Advani, Tabu, director Anees Bazmee, and others was shot in Lucknow when the Coronavirus outbreak began in the country. Before the situation got worse and the lockdown was announced, the production decided to shift back to Mumbai, and stop shoot immediately. So, Kiara, Kartik, and Tabu reached home just in time.

Now with the lockdown being eased and phase 1 of unlocking happening around India, The Maharashtra Government has laid out a detailed statement and mentioned several guidelines for the entire production unit that needs to be followed. They have given permission to resume shoot, only if these guidelines are followed. While majorly it’s aimed at safety and precaution – whether it’s proper sanitation of sets and workers to wearing protective gear, there are also some conditions that put a lot of these teams in dilemma. According to the guidelines, the actors won’t be able to shoot any intimate scenes and furthermore, will have to maintain distance between them.

So once the guidelines were sent out, we decided to call a few producers to check whether they plan to get back to shooting anytime soon. While many might have thought that given the money riding on these films, filmmakers would start shoot immediately, producer Murad Khetani, who’s backing Bhool Bhulaiyaa 2 along with Bhushan Kumar, has confirmed that the next schedule for the horror-comedy isn’t starting anytime soon. “No, we have no plans of resuming shoot for Bhool Bhulaiyaa 2 right now.

The entire team including our co-producer Bhushan Kumar, director Anees Bazmee, actors Tabu, Kartik Aaryan, Kiara Advani, and others have been in regular touch and we have realized that the situation currently is extremely worrisome around us. It won’t be right or safe to shoot in such a situation. We will wait it out for some more time before we take a call on resuming shoot. The guidelines laid out also make it very inconvenient for everyone to shoot.”

He further reveals that although a large portion of the film needs to be shot in Lucknow, they will have to find a way to do it later. “We were shooting in Lucknow when the Corona outbreak happened. So traveling won’t be safe at this point. That’s why when we decide to resume shooting, we will start with our Mumbai leg first with proper safety and precautions and then see how it goes,” he signed off.