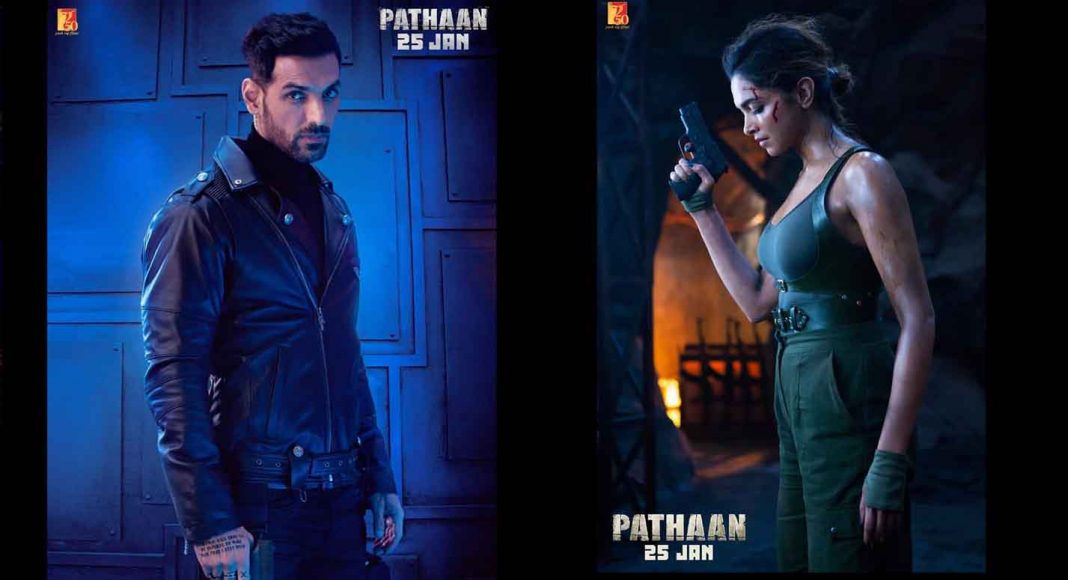 The mere fact that Shah Rukh Khan is back in theatres after four years away from the screen should cause a ruckus among moviegoers. The overwhelming response to the Wednesday opening of partial advance booking for Pathaan prompted theatre owners around the country to jump the gun on its reservations. On Thursday, Pathaan kept the trend going with advance booking and broke the record by selling almost 1.17 lakh seats in 24 hours.

Tickets for Pathaan average $1.71 at PVR, Inox, and Cinepolis
On Friday, full-scale pre-booking began, and the picture is still in high demand nationwide. Across the three major national chains (PVR, Inox, and Cinepolis), Pathaan had sold almost 1.71 lakh tickets as of 6 p.m. on Friday. On the advance front, the film is projected to earn roughly Rs. 2 lakh at the three national chains by the end of its second day of release. Based on current trends in advance ticket sales, Pathaan has a good chance of competing with box office juggernauts like Bahubali 2, KGF 2, and War. For the uninitiated, Bahubali 2 has the record for the most pre-sold opening day tickets at the three chains, with 6.50 lakh. KGF 2 is the next with 5.15 lakh, and War is the last with 4.05 lakh.

It will be intriguing to see if Pathaan can come in around the same range as KGF 2 and surpass War as the Bollywood film with the greatest advance to date. All signs point to Pathaan having a non-holiday opening that smashes all previous records. A start of about Rs 40 crore appears likely at this point in time based on advance ticket sales, but a start of around Rs 45 crore or even Rs 50 crore is quite possible for this Shah Rukh Khan-led action entertainer starring Deepika Padukone and John Abraham.

Pathaan is expected to have a smashing debut
It is expected that Pathaan will have a record-breaking opening weekend for a Bollywood film, even excluding holidays. Sanju (Rs. 34.19 crores) and Tiger Zinda Hai (Rs. 35.00 crore) are currently the top two films in terms of the highest opening weekends in a non-holiday year (Rs 34.12 crore). Pathaan is expected to become the highest-grossing non-holiday opening of all time in the Hindi cinema industry, surpassing Bahubali 2’s (Rs 40.73 crore) total. Early reports from advance ticket sales point to a massive debut weekend for Pathaan, making it Shah Rukh Khan’s 17th consecutive blockbuster to do so. The non-holiday nature of the opening day may have prompted YRF to play it safe by commencing showings at 7 a.m., but if the film’s popularity continues to grow, we may see midnight showings begin on January 26. The primary motivation for releasing a day before Republic Day was the anticipated huge boost in attendance for the evening events on January 25 due to the national holiday on the second day.