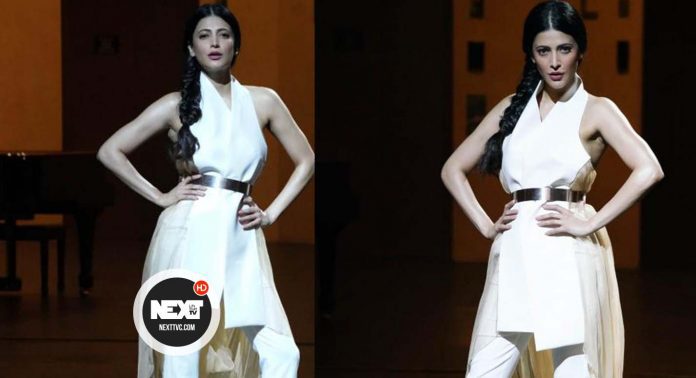 Earlier Shruti Haasan opened up on her experience of working with Prabhas. Shruti said, “You know what’s lovely about him is, there is so much energy around him and excitement.

I have seen fake humility and fake down to earthiness, and I’m like ‘it is really nice you are showing this yourself but that isn’t really you.  I think we all have seen that especially in the work environment.

“But the thing is, he is really down to earth and chill, which is refreshing.”

KGF fame director Prashanth Neel’s upcoming action thriller Salaar, featuring Prabhas in the lead role has been the talk of the town since its inception. Billed as a Pan-India project, Salaar stars Shruti Haasan in the female lead.

While announcing the film last year, Prabhas had said that Salaar is a territory unexplored. The Baahubali actor will be seen in never before avatar and is playing a violent character. Meanwhile, Prabhas is also occupied with the shooting of his upcoming big-budget films. He has already started shooting for Om Raut’s Adipurush and is set to jump on to his next film with director Nag Ashwin.

She further added, “I’m sure he is aware of this, stardom and position. But he never makes you feel so and that is really very pleasant. It is wonderful to work within that energy. The whole team of Salaar, the director and everyone on the sets has a good vibe.”