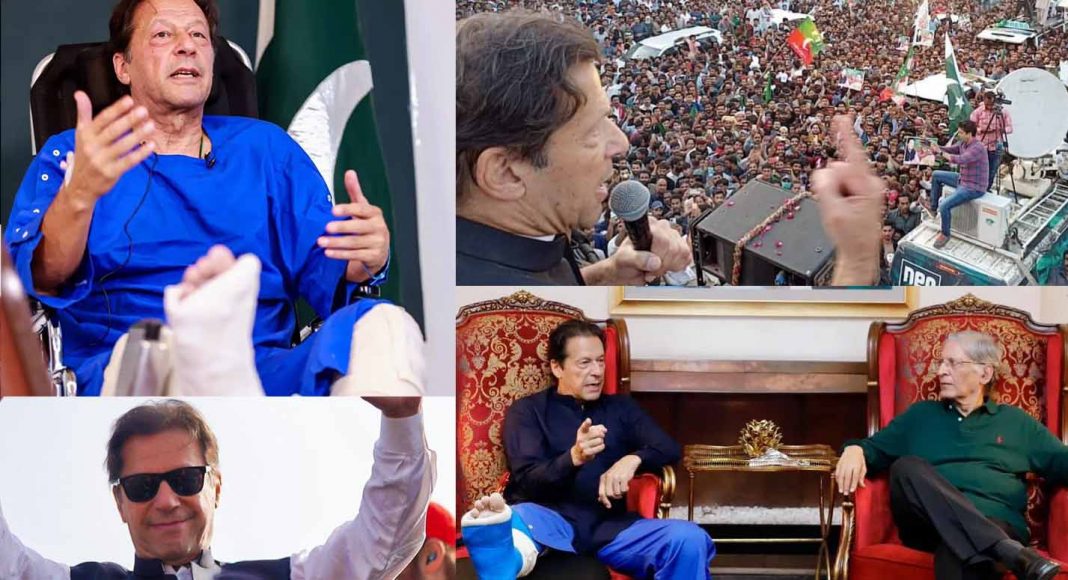 The Punjab police arrested two more suspects on Friday, ARY News said, citing sources, in connection with an attack on PTI Chairman Imran Khan during his long march in Wazirabad.

During the Pakistan Tehreek-e-Insaf (PTI) long march on Thursday evening, a man opened fire on the PTI reception camp at Allahwala Chowk. Imran Khan, the former prime minister and chairman of the PTI, and other PTI leaders were hurt.

At this time, Imran Khan is recovering from surgery at Shaukat Khanum Hospital.

Reports say that the police have arrested several people based on what the main suspect, Naveed, told them.

Waqas and Sajid Butt, the other two suspects, allegedly sold Naveed a pistol and bullets for Rs 20,000, despite the fact that neither of them possessed a serial number or a license to legally sell firearms.

According to reports, the police made the arrests in Wazirabad.

In his national address today, Imran Khan will:

Imran Khan, the leader of the Pakistan Tehreek-e-Insaf party and a former prime minister, is expected to speak to the whole country on Friday after an attempt was made on his life.

Reports say that Imran Khan will make the public feel better about the Wazirabad gun attack on the PTI rally in his upcoming speech to the whole country.