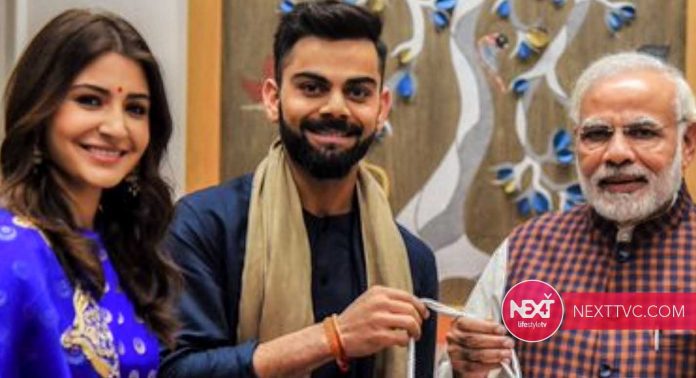 A day after celebrating his 70th birthday, PM Modi has responded to birthday wishes from celebs and thanked them for their wishes. However, some replies were more than just thank you tweets.

Prime Minister Narendra Modi celebrated his 70th birthday on Thursday and Twitter was flooded with wishes for the top leader. Apart from political dignitaries, celebrities from the film industry also took to social media to wish PM Modi. From Shah Rukh Khan and Salman Khan to Akshay Kumar and Mohanlal down south. Now, PM Modi has responded to all such celebs and thanked them for their wishes. However, some replies were more than just thank you tweets.

Replying to Virat Kohli’s birthday wish, PM Modi replied by wishing the cricketer and Anushka Sharma on their pregnancy. He tweeted, “Thank you @imVkohli! I would also like to congratulate @AnushkaSharma and you.

I am sure you will be amazing parents!” Then, PM Modi kind of trolled Milind Soman who had tweeted, “Dear Prime Minister @narendramodi on your 70th birthday I wish you good health and a good and proactive opposition, to push you to do better for our great country.” To this, PM Modi replied, “Thank you for your birthday wishes and wishful thinking,” with a smiley.

India’s top leader also thanked Karan Johar and called his passion towards cinema ‘adorable’. He tweeted, “Of course! Your passion towards cinema is adorable. Thank you for your wishes.” Whereas, PM Modi wished Sanjay Dutt for his health. “Thanks @duttsanjay. I pray for your good health and wellbeing,” he replied. As for Shah Rukh Khan, PM Modi acknowledged that King Khan will now be busy with the upcoming IPL season which begins on 19 September.

Thank you @imVkohli! I would also like to congratulate @AnushkaSharma and you. I am sure you will be amazing parents! https://t.co/6IsTEGOhAS