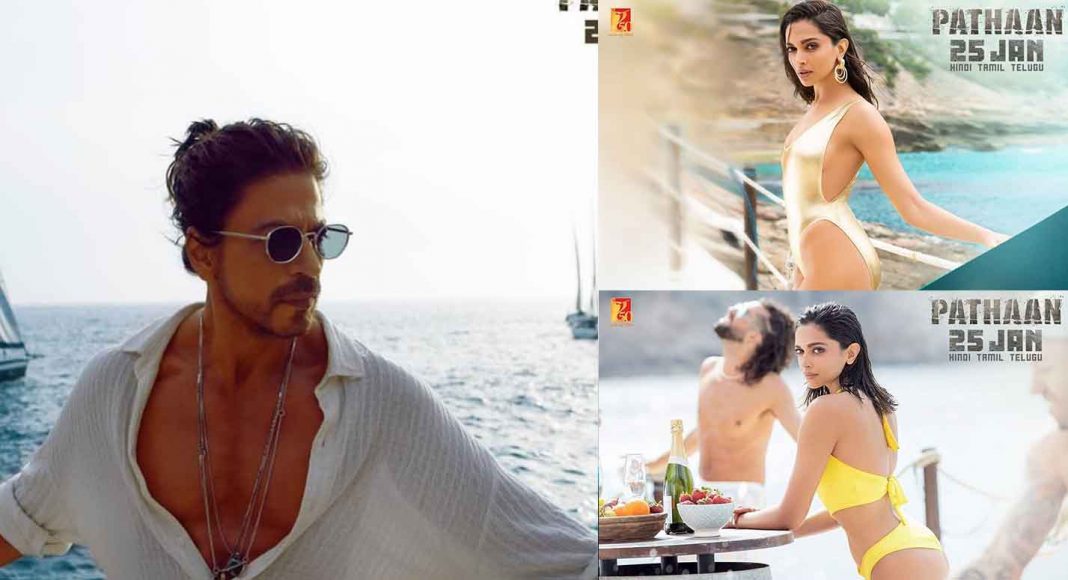 In a new shot from the Pathaan music video, Besharam Rang, Shah Rukh Khan sports a man bun, and his adoring fans can’t get enough.

Shah Rukh Khan shared a still from Pathaan on social media today. On December 12, the first song from the movie, called "Besharam Rang," will be shown for the first time.

In anticipation of his return to the big screen after an absence of five years, Shah Rukh Khan has amassed a global fan base of devoted followers. Siddharth Anand’s Pathaan will mark his triumphant return to the big screen. Deepika Padukone, and John Abraham both play pivotal roles in the film. The teaser was just released, and it has already generated a lot of buzzes. The film’s producers have opted to provide the film’s most popular songs to fans before the trailer’s official debut. Besharam Rang, the first single from the album, will be released on December 12; today, Shah Rukh shared a still from the music video.

This new photo of Shah Rukh Khan is a stunner.
Earlier this year, stills of Deepika from the music video went viral. She was photographed sizzling in fashionable bikinis, causing a stir on the internet. The latest still features SRK relaxing on a yacht while baring his toned chest in a baggy white shirt. The man bun he’s sporting these days only enhances his already handsome appearance. King Khan posted a picture of himself to his fan page and commented, “Besharam Rang, the Land of Boats and Beauty.” to be released tomorrow at 11 a.m. On January 25, 2023, see “Pathaan” and “YRF 50” only in theaters. “It will be available in the Indian languages of Hindi, Tamil, and Telugu.”

It didn’t take long for the image to go viral once he posted it. Following this, a devoted reader penned, “I have passed on now.” “Really, I had no idea this would happen.” Another supporter exclaimed, “Omggggg!”

In the name of work
In addition to Pathaan, Shah Rukh will appear in the films Dunki and Jawan. Rajkumar Hirani helms the film Dunki, which also stars Taapsee Pannu. Jawan is directed by Atlee and stars Nayanthara. Both movies will debut in theatres the same year, 2023. His followers are yearning for him to return to the big screen in a way that will generate headlines.