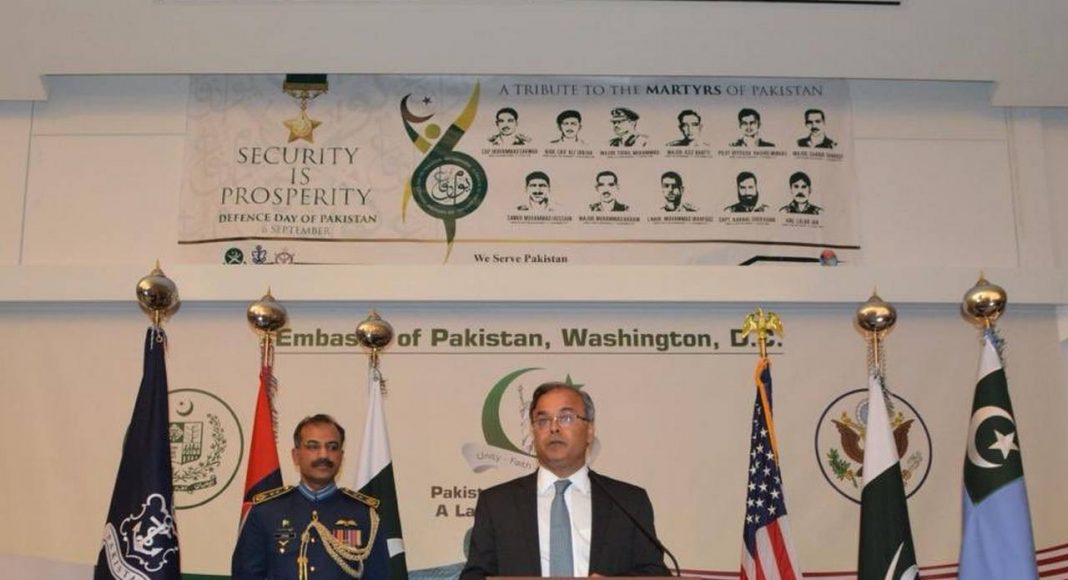 Embassy of Pakistan today commemorated ‘Defence & Martyrs Day ’ as a remembrance of the resilience of our nation and bravery & sacrifices of our Armed forces who have paid ultimate sacrifices in defending the country over past seven decades and also during the war on terror. This year ‘Defence Day’ is also observed along with ‘Kashmir Solidarity Day’ to express solidarity with our Kashmiri brothers and sisters who are currently suffering under the repressive lockdown by the Indian occupation forces for the last one month. 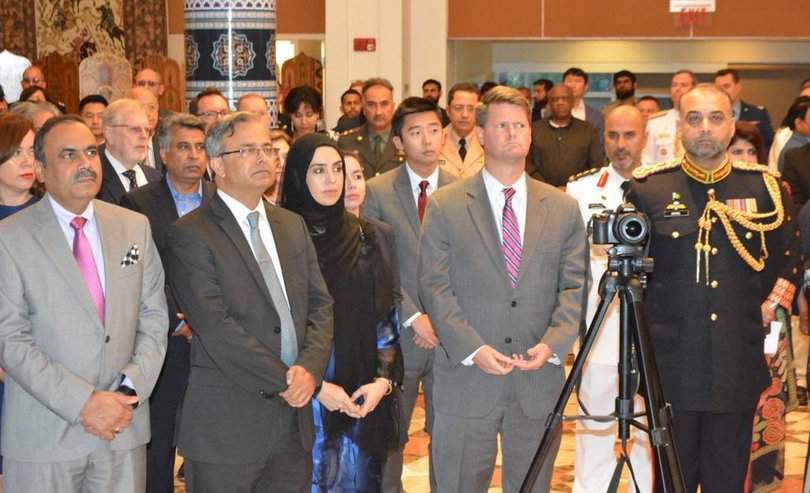 Ambassador Dr. Asad Majeed Khan said that Today, we pay tribute to the resilience of the Pakistani people and the courage and sacrifices of our armed forces in defending the homeland against threats to Pakistan’s independence and sovereignty. Throughout our history, Pakistan has confronted and overcome external aggression as well as terrorism and extremism. This has only been possible because of the sacrifices made by the armed forces and law enforcement agencies of Pakistan. The entire nation owes them a debt of gratitude. As we commemorate this day, we pledge to continue to promote the ideals of peace, respect for human life and freedom not only at the domestic front but also at the regional and global level, the Ambassador added. 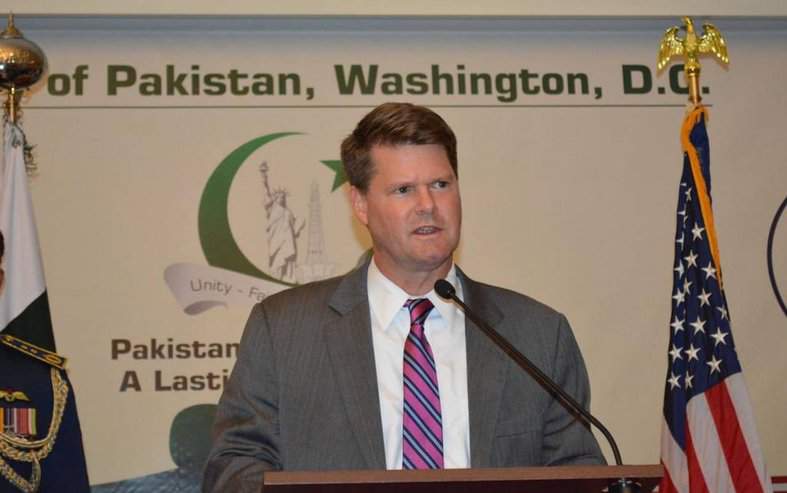 Referring to the situation of IOK, Ambassador said that some 13 million Kashmiris have remained imprisoned in their homes and cut off from the rest of the world. The beautiful Kashmir valley has been transformed into a huge concentration camp. To remind the Kashmiri people that they are not alone, Pakistan is also observing this day as Kashmir Solidarity Day. While India continues to target civilians across the Line of Control, we have acted with great restraint and responsibility. However, there should be no doubt. Pakistan and its armed forces stand ready to give a befitting response and defend the homeland if anyone dares to breach our sovereignty or territorial integrity. Regarding bilateral relations between Pakistan & US, the Ambassador said that strong and robust bilateral defense relations have been a hallmark of Pakistan-U.S. relations. Our defense cooperation and collaboration has always been a factor for regional peace and the promotion of our shared security interests. 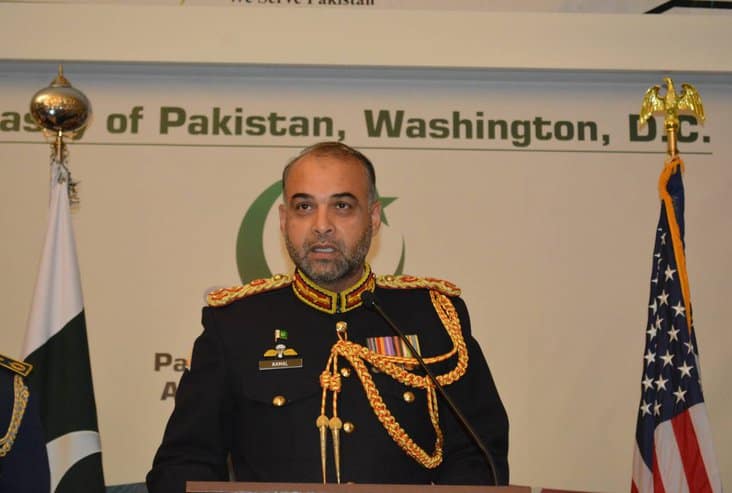 While concluding, Ambassador Asad M. Khan said that Pakistan remains committed to a peaceful world. Like any other freedom-loving nation, we will continue to play our part in maintaining regional and global peace while defending our own sovereignty and territorial integrity

While speaking on the occasion, Defence Attaché Brig. Kamal Anwar Chaudhry said that the nation shall always remember the supreme sacrifices of the sons and daughters of the nation who laid their lives for prosperous tomorrow. Pakistan has turned tide against terrorism at a great cost including the loss of more than 82,000 human lives. Pakistan remains committed to the peace in the region and beyond. While referring to Kashmir, he said that Pakistan’s Armed Forces stand with Kashmiris in the fight for the right of self-determination.

Mr. Randall Schriver, Assistant Secretary of Defense was the Chief Guest on the occasion. During his remarks, Mr. Schriver said that Pakistan has made a significant contribution to the war on terror. Mr. Schriver expressed the relationship between our Armed Forces is one of the strongest pillars in our relationship. Referring to the recent visit of Prime Minister Imran Khan, Mr. Schriver emphasized that we can capitalize upon the good spirit and good environment created by the visit of Pakistani leadership. We are appreciative of Pakistani leadership in its cooperation in achieving the objective of peace in the region, he added.

A short documentary was played on the occasion to highlight the professionalism and quality of preparedness of Armed Forces of Pakistan. Banners were also placed depicting horrendous human rights abuses by the Indian Govt in IOK. A large number of Military Attaches in Diplomatic Missions in Washington DC, officials of the Department of State and Defence and members of the Pakistani-American community attended the event.

Sajjad Ahmed - October 31, 2020
Academy winner and James Bond actor Sean Connery have passed away at the age of 90. The Scottish-born actor was well-known for his portrayal of...