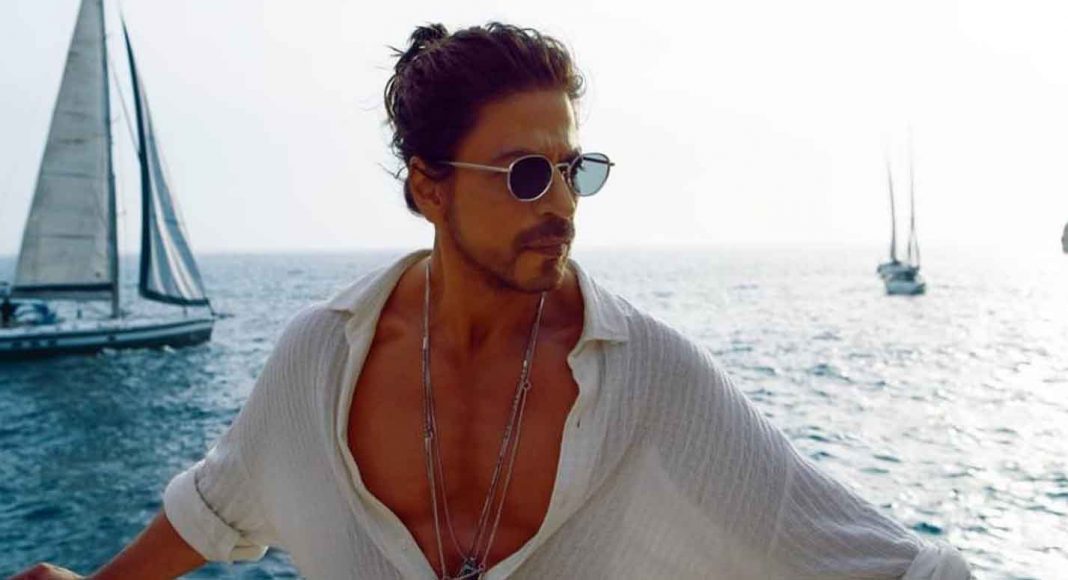 When comparing the wealth of actors, Shah Rukh Khan tops Tom Cruise. The actor SRK disclosed his most pricey buy.

It was recently revealed that Shah Rukh Khan is the fourth-wealthiest actor in the world. Here we revisit the time when he said that his home in Mannat was his most expensive possession.

After an absence of four years, Bollywood superstar Shah Rukh Khan is finally returning to the big screen. Starring alongside Deepika Padukone and John Abraham in the upcoming film Pathaan, the superstar has made cameo appearances in R Madhavan’s Rocketry: The Nambi Effect and Ayan Mukerji’s Brahmastra. Shah Rukh Khan’s fame has spread beyond the borders of India. His global fame and social media following are unparalleled. There’s no denying that he’s one of the most famous people in the world. He’s also the fourth-wealthiest actor in the industry.

India’s Shah Rukh Khan has become the world’s fourth-wealthiest actor.
The World of Statistics recently released a list of the eight wealthiest actors in the world. Bollywood superstar Shah Rukh Khan is number four, surpassing such well-known actors as Tom Cruise, Jackie Chan, Robert De Niro, and George Clooney. On the list, Shah Rukh Khan comes in at number one with a whopping 770 million dollars in wealth. SRK was ranked as the fourth wealthiest actor on the list, behind Jerry Seinfeld, Tyler Perry, and Dwayne Johnson. Then, in fifth place, with a total of $620 million, was Tom Cruise, the star of Top Gun. Jackie Chan, with a net worth of 520 million dollars, is the only non-American besides Shah Rukh Khan.

When Shah Rukh Khan said that Mannat was the most costly purchase he had ever made,
Shah Rukh Khan is one of the most successful actors in Bollywood, but he is also involved in several other businesses. It’s common knowledge that the celebrity has an abundance of lavish possessions, including a fleet of expensive cars and several mansions with elaborate interiors. He has a lot of expensive stuff, but one of his most valuable possessions is his sea-facing mansion in Bandra, Mumbai, which he calls Mannat. According to some estimates, Mannat is worth around Rs 200 crores.

Shah Rukh Khan stated that his home, Mannat, is one of the most expensive purchases in a previous interview with Radio Mirchi. He mentioned that he was originally from Delhi and longed to one day have his own large house. He explained that while apartments are more common in Mumbai, bungalows are more common in Delhi. I currently live in Delhi, and neither my parents nor I have a home in the country. To me, having a baby girl is the ultimate domestic goal; I consider it a personal fetish to have more than one child living under my roof. It’s common knowledge that we’re Dilliwale, so there’s only one standard idea for us. “Delhi ke andar, even if you are not very well off, sabke paas chhoti-chhoti kothiyaan hoti hai,” SRK said when asked about the difference between living in an apartment in Mumbai and in Delhi.

He stated that he and his wife, Gauri Khan, lived in a small apartment in Mumbai at first and that his mother-in-law frequently commented on how cramped the space was.”When I first arrived in Mumbai, I was already married, and my wife Gauri and I were settling into a modest apartment. The phrase “You live in such a small house” was a constant source of irritation from my mother-in-law. Finally, he said, he saw Mannat, which reminded him of the Delhi wala kothi; he bought it and considered it his most expensive purchase.

Worthy possessions of Bollywood superstar Shah Rukh Khan
In addition to his seaside mansion Mannat, Shah Rukh Khan has a second home in Alibaug. Located on the Deja Vu farms, the Alibaug farmhouse reportedly covers an area of more than 20,000 square meters. SRK and his family frequently host parties and gatherings here. He also reportedly has a home in London’s Park Lane and a mansion on Palm Jumeirah in Dubai, both of which bear the name Jannat.

Umar John - October 26, 2019
Jasdip Singh Jesse - Chairman Sikhs of America and Sajid Tarar - Chairman Muslims of America Congratulate All the Sikhs Community and Thanks to...