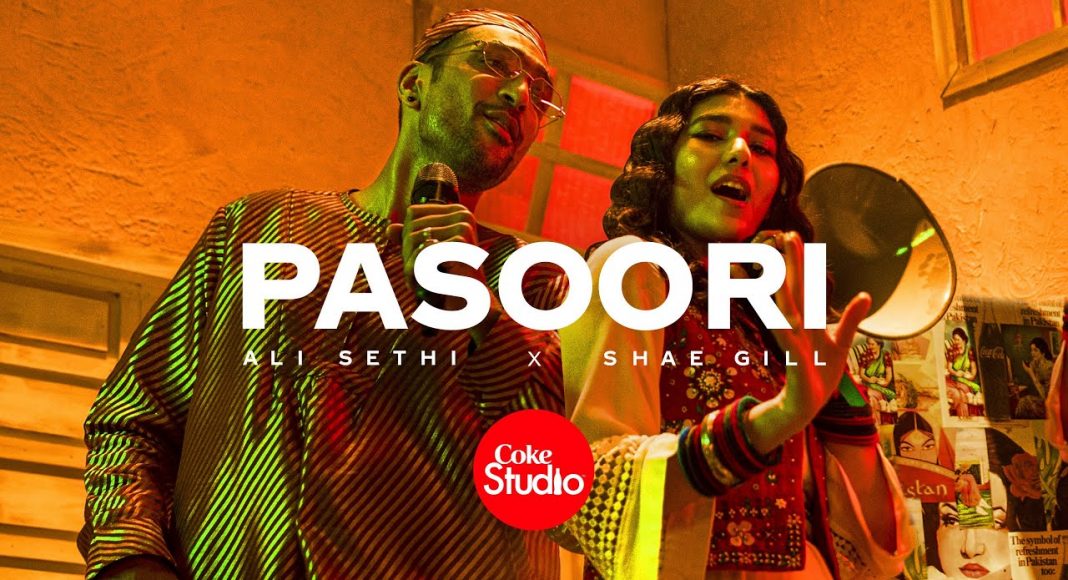 On Spotify’s Global Viral 50 list, Coke Studio’s ‘Pasoori’ is in the top three.

Coke Studio hit Pasoori by Ali Sethi and Shae Gill shattered the internet when it was released and is still trending now, months later. The song has engulfed the audience, and we can’t stop singing it in our heads. Everything from weddings to restaurants to vehicles is now filled with people singing and dancing to it, and no one is objecting! As a result of its popularity, Sethi’s blockbuster banger song has risen to third place on Spotify’s Global Viral 50 list.

On commemorate the occasion, the Chan Kithan singer posted a snapshot of Spotify’s Global Viral 50 list to Instagram. Pasoori’s virality was predicted by Coke Studio’s creator, Zulfiqar Jabbar Khan, the first time he heard the song. Sethi, however, didn’t take it seriously and jokingly brushed it off. After a year, it came to pass.

It’s not just us! The Coke Studio tune by Ali Sethi and Shae Gill has become a worldwide sensation.

After listening to a voice message I had given Zulfiqar Jabbar Khan, he assured me that this song would reach the top of the world’s charts a year ago.” Laughing, I sipped my coffee and tried to forget what had just happened. That’s how I awoke this morning… Captioned: “Excited for Abdullah Siddiqui, Shae Gill, Sherry Khattak and Zulfiqar,” the caption said.

“Many many congrats to us, and an EDDA VADDA (very huge) thanks to all you lovers — dildaars and sab yaars — who are pow-ing this Pasoori at the GLOBAL LEVEL,” the Rung hitmaker said, expressing his gratitude.