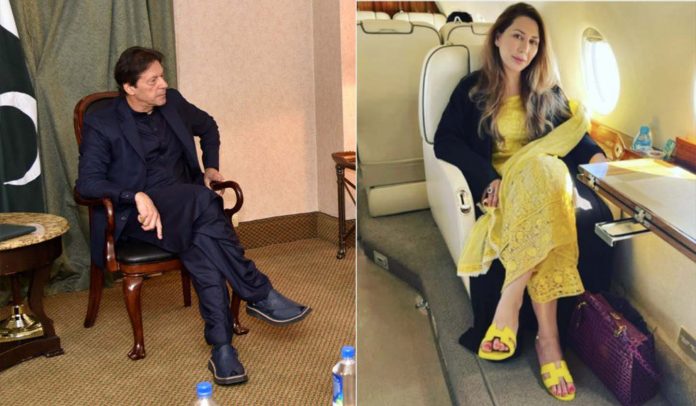 Farah Khan’s fortune has increased tremendously over the three-and-a-half years of PTI administration at the national and provincial levels.

Imran Khan wife, Bushra Bibi, is a close friend of Farah Khan. A four-fold increase in her fortune from 2017 to 2021: Rs231 million to Rs971 million in the latter year. For the 2018 tax year, Fakhar Durrani of The News reports that she did not submit any paperwork.

Farah Khan’s fortune has grown since the premier appointed Usman Buzdar as Punjab’s chief minister, according to investigations by the news media

“Farah’s fondness for luxury products is also clear from her quest to acquire a premium automobile, Porsche, which she had booked via Porsche’s Pakistani dealer and paid a portion amount of it (Rs33 million) as advance,” writes Umar Cheema in his special report for The News. In her nomination papers for the 2021 Senate election, she said this. As a result of this, Farah decided to withdraw from the race.”

“Her Birkin bag has been in the headlines because of its reported $90,000 price tag. There is a photo of her clutching the luggage while seated on a private jet that has gone viral. To order a Hermès bag, please fill out the form below. It’s not something that can be purchased in a shop. It is necessary to arrange the order many months in advance,” says Cheema.