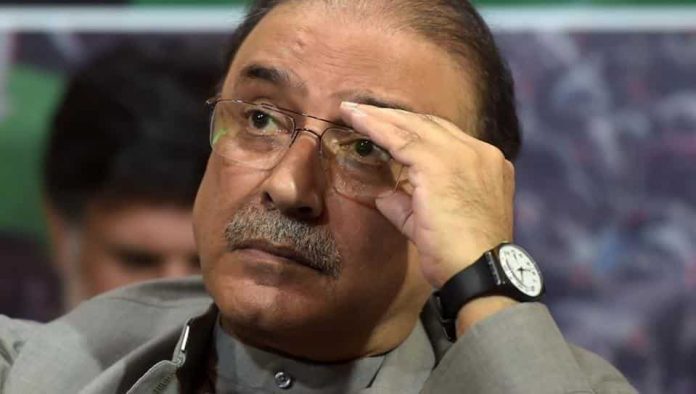 The spokesperson of the Pakistan Institute of Medical Sciences has revealed that former president Asif Ali Zardari’s MRI scan has revealed that his brain has reduced in its size. However, it is yet to be determined if the brain size has shrunken due to aging or other factors.

A medical board established for the physical examination of former President Asif Ali Zardari has initiated its check-up. The incarcerated Pakistan People’s Party (PPP) Co-Chairman underwent an MRI scan earlier this week.

According to the spokesperson of the Pakistan Institute of Medical Science (PIMS), a medical board, headed by Dr. Mazhar Badshah, conducted a medical examination of former President Asif Ali Zardari, and an MRI scan was also conducted.

The PIMS spokesperson said that the initial findings of the MRI scan revealed that Zardari’s brain has shrunken. However, he said that it is yet to be determined if the size reduction of the brain is due to aging or any other diseases or factors.

It is pertinent to mention here that the medical board was established on the directions of the Islamabad High Court. The court has directed the relevant authorities to provide his medical report on December 11.

Speculations are rife that the former President seeks to leave the country, citing his health condition, in the same manner as former Prime Minister Nawaz Sharif, who is undergoing medical treatment in London.