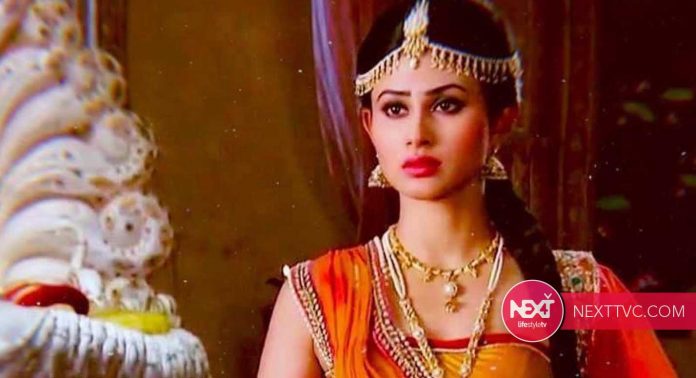 Mouni Roy took a trip down the memory lane and found a few clicks of herself as Devi Sati from the mythological television show, Devon Ke Dev Mahadev. The actress played the character of Devi Sati in the drama.

Mouni Roy shared the pictures as Devi Sati on her Instagram account and referring to those heavy accessories, she wrote: “With the anklets & the bangles trinketing ~ Sati.. ॐ नम: शिवाय

Mouni is an ardent follower of Lord Shiva and has professed about it through her Instagram posts. Since Monday is considered as Lord Shiva’s day, Mouni shared these pictures on social media. She was paired opposite actor Mohit Raina in this show.

Mohit and Mouni’s onscreen chemistry was so powerful that they were often rumoured to be in a romantic relationship with each other. However, in an interview with Paris Tv, Mohit had earlier said,

“I said that I hope to get married by the end of this year, I never mentioned Mouni. She is a great co-star and she is doing some fabulous work. I wish her all the best. Actually, I was never in a relationship with Mouni. My marriage will happen when Almighty sends a message.”

On the other hand, in one of the interviews, Mouni had said that they (Mohit and her) were not even friends anymore. Muoni has quit television and has shifted focus to Bollywood. The actress has done films like Gold with Akshay Kumar and Made In China with Rajkummar Rao.

Goddess Sati self-immolated herself as she couldn’t bear her father’s humiliation towards her husband, Lord Shiva.