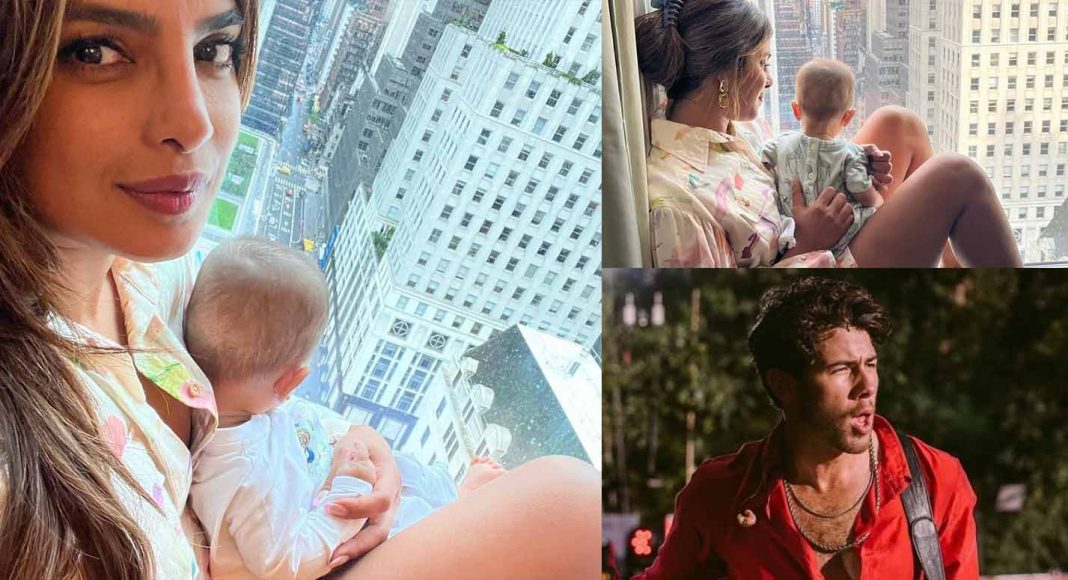 Some of the most beloved couples are Priyanka Chopra and Nick Jonas. The couple tied the knot in 2018 at Rajasthan’s Umaid Bhavan Palace, and ever since then, they have been major couple goals. A daughter, Malti Marie Chopra Jonas, was born to the couple via surrogate in January 2022. The actress from Dil Dhadakne Do has a large online fan base, and she uses her various social media platforms to keep her followers up to date on her professional and personal endeavors.

Priyanka recently posted a teaser from her and Nick’s day out in L.A., California, on her Instagram account. She accompanied the photo with the caption “Mommy Daddy’s day out” and a heart emoji. PeeCee wears a green top that looks amazing on her, and Nick wears a brown ribbed T-shirt and pants.

For the first time, Nick Jonas and Priyanka Chopra are parents.

Priyanka Chopra and Nick released a joint statement on Instagram in early January to announce the birth of their daughter Malti. “We want to express our extreme happiness at the birth of our surrogate-born child. As a family, we ask for your respect and privacy at this time. I Really Appreciate It. “That’s what the couple wrote.

Nick, along with the rest of the Jonas Brothers, recently performed at Central Park’s Global Citizen Festival for their day job. Priyanka, on the other hand, will star alongside Sam Heughan and Celine Dion in It’s All Coming Back to Me. In addition, she has the Amazon Prime Video exclusive premiere of the Russo Brothers’ Citadel.

Next, she’ll be seen in Jee Le Zaraa, a road movie starring Alia Bhatt and Katrina Kaif directed by Farhan Akhtar. This is the first time Priyanka has worked with Katrina and Alia. However, after Shonali Bose’s 2019 film The Sky Is Pink, this is her first film since then to be released in Hindi.

Sajjad Ahmed - March 4, 2021
According to Details, Ambassador Asim Iftikhar Ahmad signed the MoU on behalf of the Government of Pakistan, whereas General Natt Intracharoen, Permanent Secretary of...