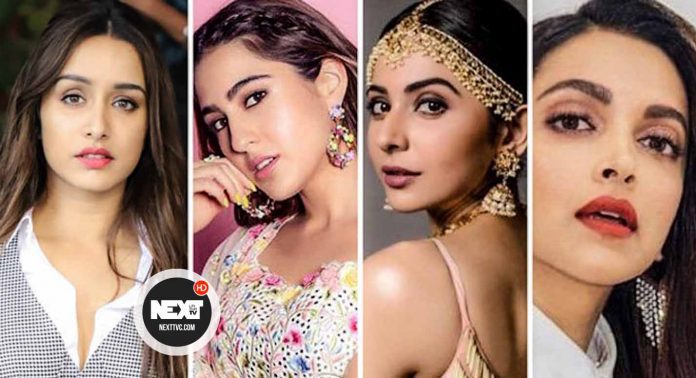 All the above mentioned names were interrogated by the NCB over the past week in an ongoing drug probe linked to the investigation of Sushant Singh Rajput’s death. Deepika Padukone, Sara Ali Khan and Shraddha Kapoor were interrogated on Saturday by the NCB. All three denied consumption of drugs. Deepika Padukone admitted to discussing drugs on WhatsApp with her manager Karishma Prakash.

The NCB had retrieved their WhatsApp chat from 2017. Meanwhile, Sara and Shraddha who have worked with Sushant Singh Rajput in the past two years revealed that they witnessed him consume drugs in his vanity van during shoot breaks. Shraddha was accused of ordering CBD oil. In her statement, the actress admitted to ordering it but for medicinal purposes.

Rakul Preet Singh was questioned on Friday by the NCB. NCB found a WhatsApp chat where Rhea is seen asking Rakul if she had doob and Rakul replied saying it was at her house.Rakul clarified that the word ‘doob’ used in the chats meant rolled tobacco and not any mind-altering substance. She also said that she lost touch with Rhea years ago.

Bollywood actress Deepika Padukone appeared before the Narcotics Control Bureau (NCB) on Saturday morning and was questioned for five hours. According to sources in the NCB, Deepika broke down thrice during the questioning and was told not to play the “emotional card”.