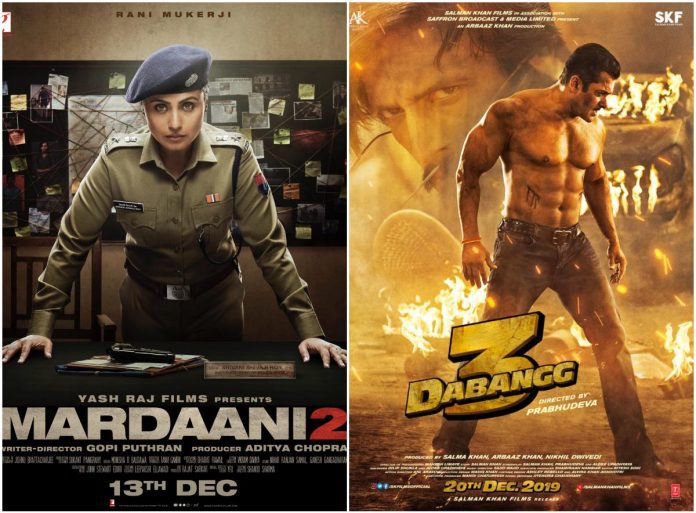 The box office collection for Mardaani 2 is now out and the cop drama has had a decent collection on day ten.

Mardaani 2 has created a stir ever since the film’s release on December 13 and has largely been a treat for movie buffs. The Rani Mukerji starrer has also minted a good amount of box office collection and has completed two successful weekends. The box office collection for Mardaani 2 is now out and the cop drama has had a decent collection on day ten. The film is also facing some stiff competition from Salman Khan starrer Dabbang 3.

The film has been affected by the law and order issue but not as much as Dabangg 3 as it has a more limited audience anyway and is not as wide as a release, the BOI report stated.

For the unversed, Mardaani 2 is the sequel to Rani Mukerji’s 2014 film and while Mardaani 2 is directed by Gopi, Mardaani was directed by Pradeep Sarkar. In the film, Rani Mukerji plays the role of Shivani Shivaji Roy, who is pitted against a rapist as she is hell-bent to nab a serial killer, who kidnaps, rapes and murders girls to satisfy his ego.