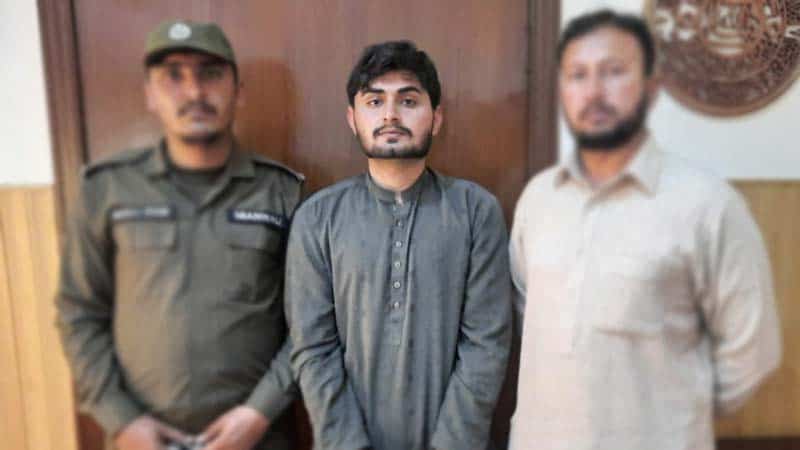 The suspect, Shahzaib Khan, was taken into custody in Bhakkar. DPO Mianwali, according to Punjab police, would personally oversee the probe.

Two years ago, Shahzaib married Mashal Fatima. A baby girl was born to Fatima and Faiz last week. Jannat was the name given to the infant. Shahzaid was dissatisfied since he yearned for a child of his own.

He stormed into his home on Sunday, took the infant from his wife’s arms, pulled out a revolver, and shot the baby. With the weapon, he also warned his family to keep away from him. Shahzaib left the site of the crime after the murder.

DHQ Hospital was called quickly to treat the seven-day-old newborn girl, who had been declared dead. According to the results of her autopsy, she was shot four times.

Hidayatullah, Shahzaib’s cousin, filed a complaint with the police. According to him, the suspect had been concerned by the birth of the kid and had since gone silent. According to him, he has been refusing to let her in the house ever since she was returned.

Web Desk - January 19, 2019
LAHORE: Keeping up the tradition of the last three seasons, the Pakistan Super League is set for another grand opening ceremony. The Dubai International Stadium will...