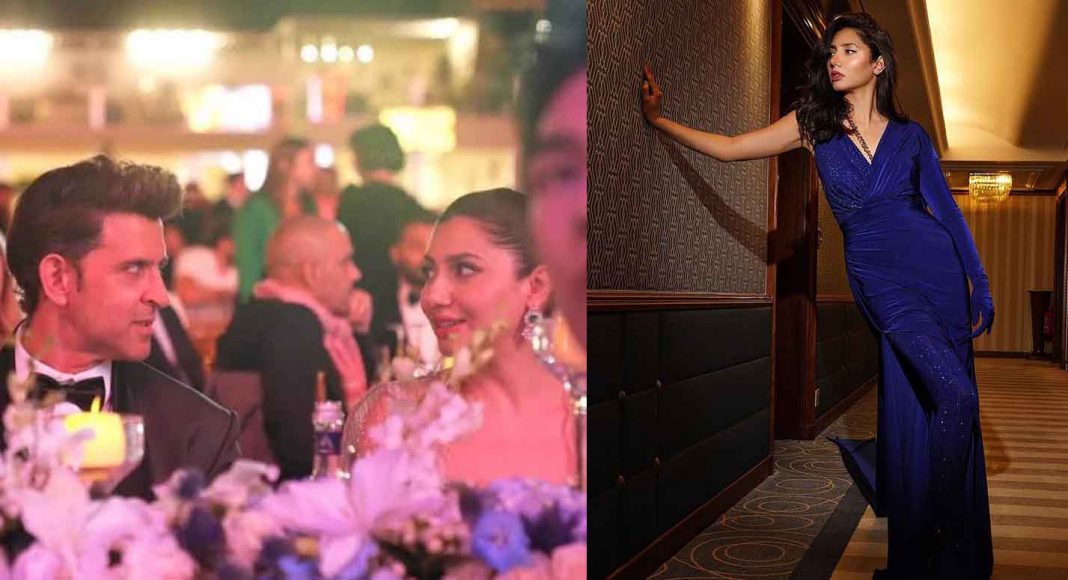 The actor went to the Red Sea Gala and the GQ event.

Despite being a famous actress, Mahira Khan frequently makes news about her dress choices. This time, the Maula Jatt actress caught everyone’s attention with her fashion choices at the Red Sea Film Festival.

Mahira eschewed dresses in favor of a stylish fusion look, picking a royal blue bodycon dress with the ideal balance of matte and sparkle. The fusion dress-pantsuit combination hugged the Raees star’s lean body in an ethereal way.

The garment had a sleeveless side, but what set it apart from other clothing was the opposite side’s full velvet sleeve with a glove. Mahira added flair to the look by draping the garment’s tail over her arm.

Mahira, who has served as Faraz Manan’s unwavering model, arrived at the following occasion wearing a dress made of translucent gold. To finish the look, a sleek bun, silver dangling earrings with a hint of turquoise, and dewy makeup were worn with the shimmering cape gown. The translucent cape gown was accompanied by a sparkly bodice of the same color.The way the glitter and subdued colours interacted was perfect. When Mahira got out of her car for the event, the designer uploaded a video of her posing in the gown.
Bollywood actors from Jeddah, Saudi Arabia, attended the festival as well, including Kajol Devgn, Ranbir Kapoor, Shah Rukh Khan, Akshay Kumar, and Kareena Kapoor Khan, among others.

At a gathering, Hrithik Roshan of B-town was seated next to Mahira, who was seen chatting with him. The latter wore a white T-shirt and a grey suit as casual attire for the event. He added some funk to his formal ensemble by wearing sunny yellow eyewear.