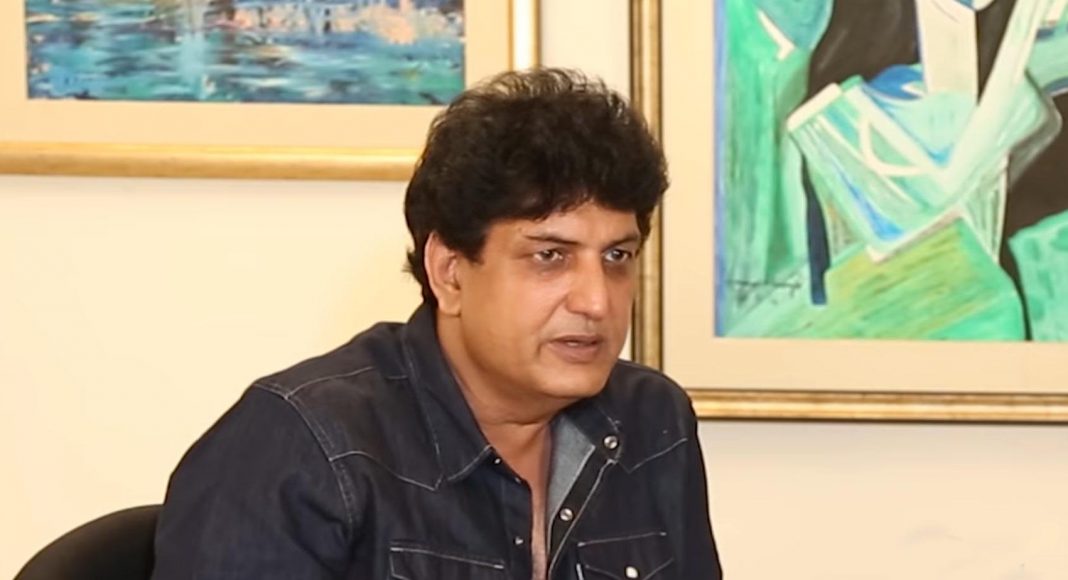 Another day, another grand display of misogyny by writer/director Khalil Ur Rehman Qamar. Rumours flourished online about Qamar’s supposed marriage to actress and model, Eshal Fayaz. Both parties were quick to deny them.

Here’s how Fayaz responded: “My relationship with Khalil ur Rehman Qamar is that of one between an actor and a director, nothing more than that.” She further stated that she will let everyone know whenever she decides to get married. “For now, I have no plans with regard to marriage and just focus on my work,” as reported by Samaa.

As for Qamar, here is what he said: “I strongly reject all such rumours as sheer propaganda. I am happy and satisfied in my life and also request everyone spreading these claims to not associate my name with such second-rate women.” He took to his Facebook earlier and posted something less demeaning but took the opportunity to run down Fayaz while he was at it.

Why must he call Fayaz a “second-rate woman”? Fayaz was the actress in his directorial debut Kaaf Kangana and it doesn’t seem as though she spread the rumours directly or through any public declaration, then why run her down like this? Also, look at the way Fayaz responded. Speaks for itself.

That brings us to the conclusion that maybe Qamar simply hates ALL women. Let’s do a quick recap: Qamar writes the popular TV drama Mere Paas Tum Ho and introduces us to the controversial line “do takay ki aurat” for a woman who cheats on her husband (this has been heavily contested by many people because cheating men are accepted on TV but one woman cheats and is suddenly the biggest villain on Earth?).

A nuanced and a startlingly mature enactment of a vulnerable and broken husband, Humayun Saeed is brilliant in Mere Paas Tum Ho.

That doesn't repudiate the huge stereotyping of women in the serial, and my horror at the words "Do takay ki aurat" and many other dialogues.

He then gives an interview to a web show and makes ludicrous comments on feminism, where he suggested, albeit sarcastically, that if women are so concerned with equality then they should go kidnap men and rape them. In the same interview, he also stated that men are incapable of saying ‘no’, whereas a “good woman” can. He writes Punjab Nai Jaungi and shows Mehwish Hayat as this educated, empowered woman who gets cheated on by her husband, then slapped by him and after threatening divorce, she simply goes back to him (even though he does not repent and does not do anything to show that he is a changed man).

Our only question is, why is he always running down women and speaking badly about them, and then writing TV content that reflects his hatred of women. At this point, we’re simply wondering, who hurt you, and why are you taking it out on the rest of us?

Shraddha Kapoor REVEALS her next film with Ranbir Kapoor

Shraddha said that Ranbir is one of the best actors of their generation. Nothing was offered to her earlier with Ranbir and she is...
Read more
Bollywood

Television star Jennifer Winget has been one of the most sought after actresses. She recently made her web show debut with Code M where...
Read more
Community

Every one of us is trying to survive longer. Immortality is something many scientists are striving to make a reality, but we haven’t really...
Read more

Rahul Khan - August 9, 2019 0
Crafting a brighter future Five veterans talk about the relevance of textiles in a country soaked in tradition New Delhi,  To mark Handloom Day on August...