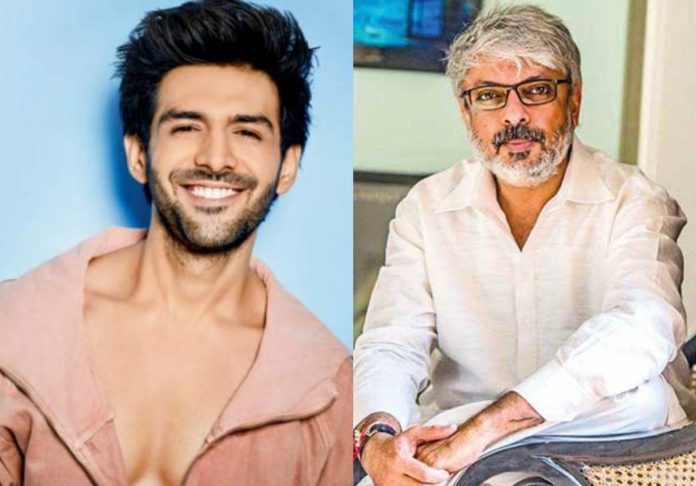 Kartik Aaryan, the young heartthrob of Bollywood is on a high with some promising projects in his kitty. As per the latest updates, the Pati Patni Aur Woh actor is all set to team up with Sanjay Leela Bhansali, the master craftsman of the Hindi cinema for his upcoming project.

However, Kartik Aaryan is not a part of SLB’s upcoming directorial venture Gangubai Kathiawadi. Even though the actor was initially considered to play the lead opposite Alia Bhatt in the film, he couldn’t take up the project due to his busy schedule. According to reports, Karthik is joining hands with Bhansali for another project.

According to the report published by a renowned entertainment portal, “Kartik came this close to playing the lead opposite Alia Bhatt in Gangubai Kathiawadi. Sadly the dates didn’t work out. Kartik will now be a part of a Bhansali Production to be announced soon”. Reportedly, SLB is producing the project, but not directing it.

Currently, Kartik Aaryan is busy with the promotions of his highly anticipated upcoming project, Pati Patni Aur Woh. The movie, which is a remake of the 1978-released classic of the same name, features Bhumi Pednekar and Ananya Panday as the female leads. Pati Patni Aur Woh is slated to hit the theatres on December 6, 2019.

Bhool Bhulaiyaa 2, another upcoming project of Kartik Aaryan, is expected to go on floors in January 2020. According to director Aneez Bhasmee, the movie is not a psychological thriller like Bhool Bhulaiyaa, the first instalment of the series. The Kartik Aaryan starrer deals with a totally fresh storyline.

Bhool Bhulaiyaa 2 which features Kiara Advani as the female lead is said to be an out and out horror-comedy. Tabu, the senior actress will play a pivotal role in the project. The film is slated to hit the theatres on July 31, 2020.